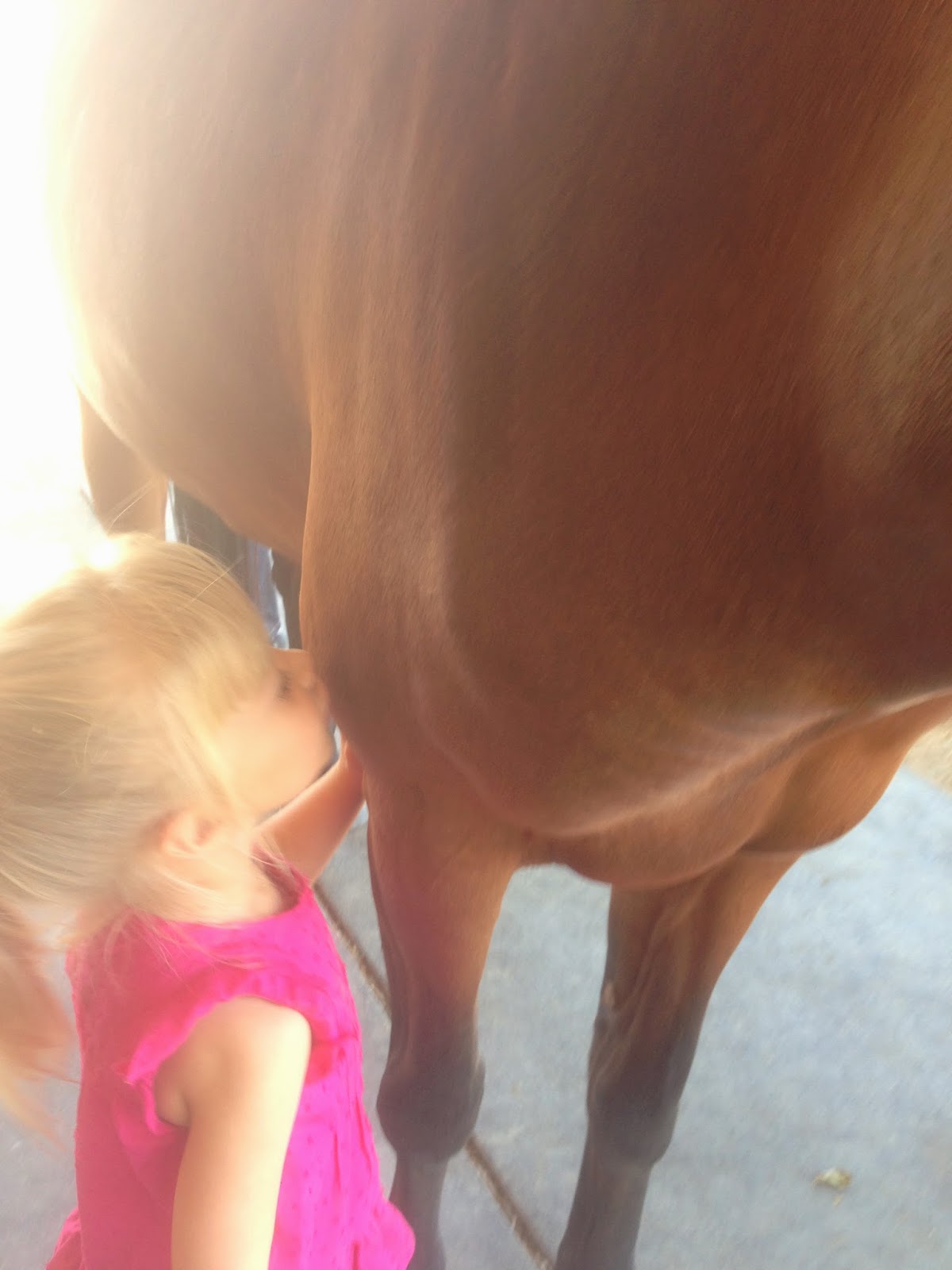 My Daughter giving her horse, Ehawee, a kiss on the shoulder.
The mares continue to be playful in ways I've not seen before.  Especially Opal, its a side of her I have not seem before.  Its kind of fun.  Ehawee has once again become her loving self, but both mares are still focused on food.  They know when lunch has been served and they aren't in their homes eating it yet.  I've begun walking them past their stall at the slightest hint of them turning in without me turning first.  It took Opal 4 trips back and forth to get it, Ehawee took 2.

Both mares are enjoying their home made toys.  I don't mind store bought ones, but I hate buying them and then having them not get played with.  This simple toy allows me to watch them play for a while and decide if buying them toys would be a good idea.  Before it gets asked, no, they are not bored and yes, they get out for at lease a hour daily if not more.  They are just simply feeling frisky and full of life. 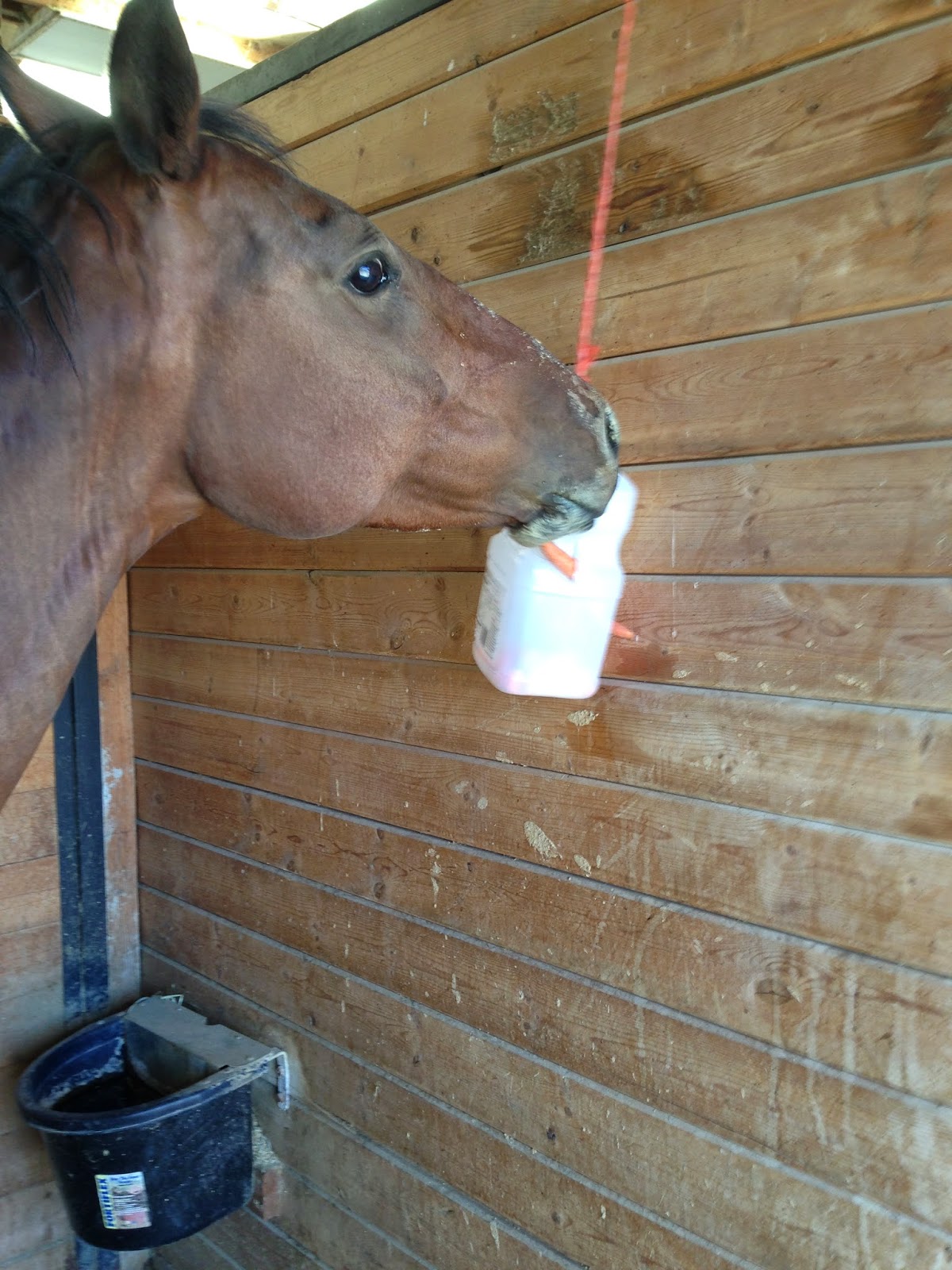 Ehawee playing with her toy. 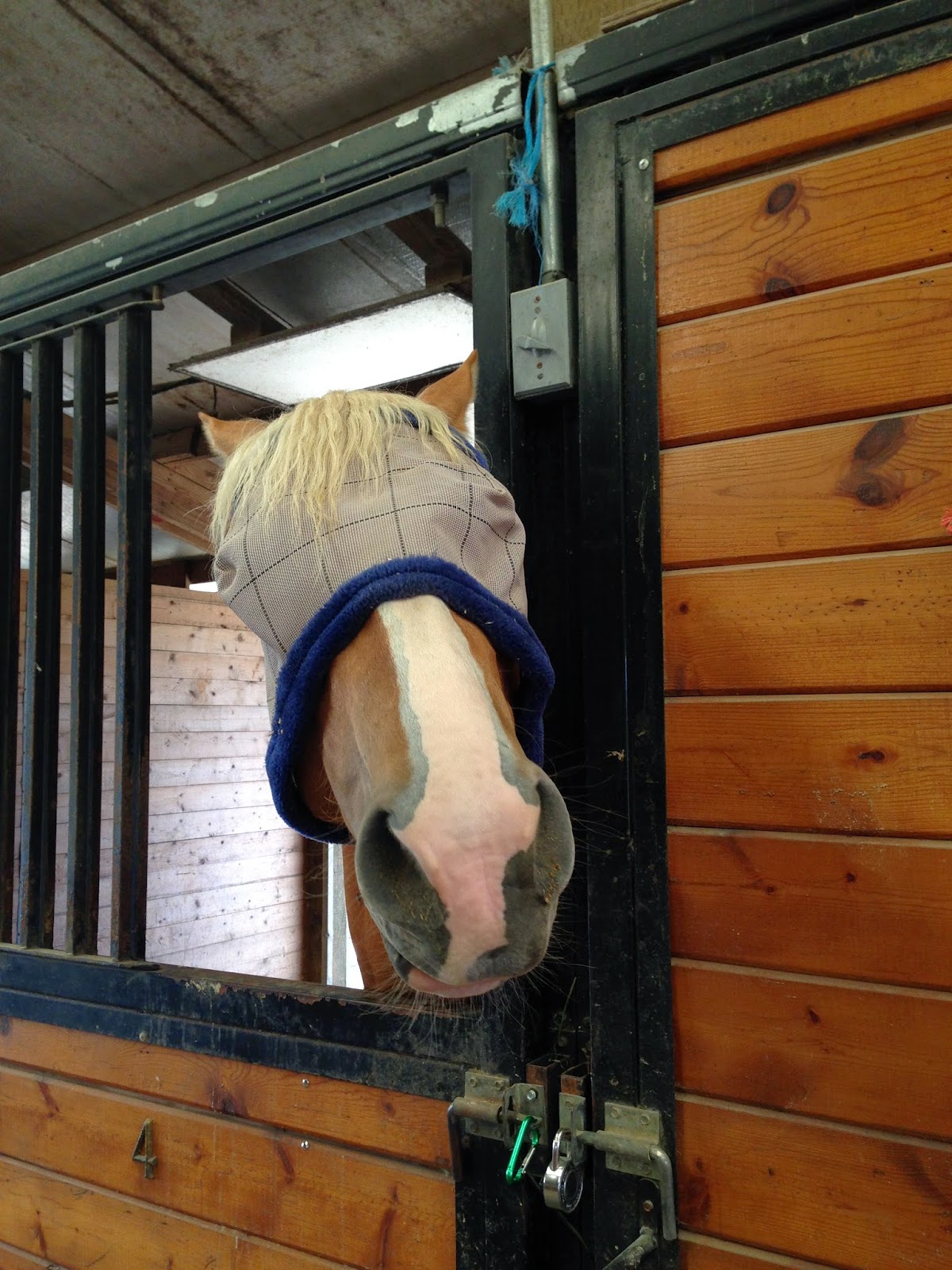 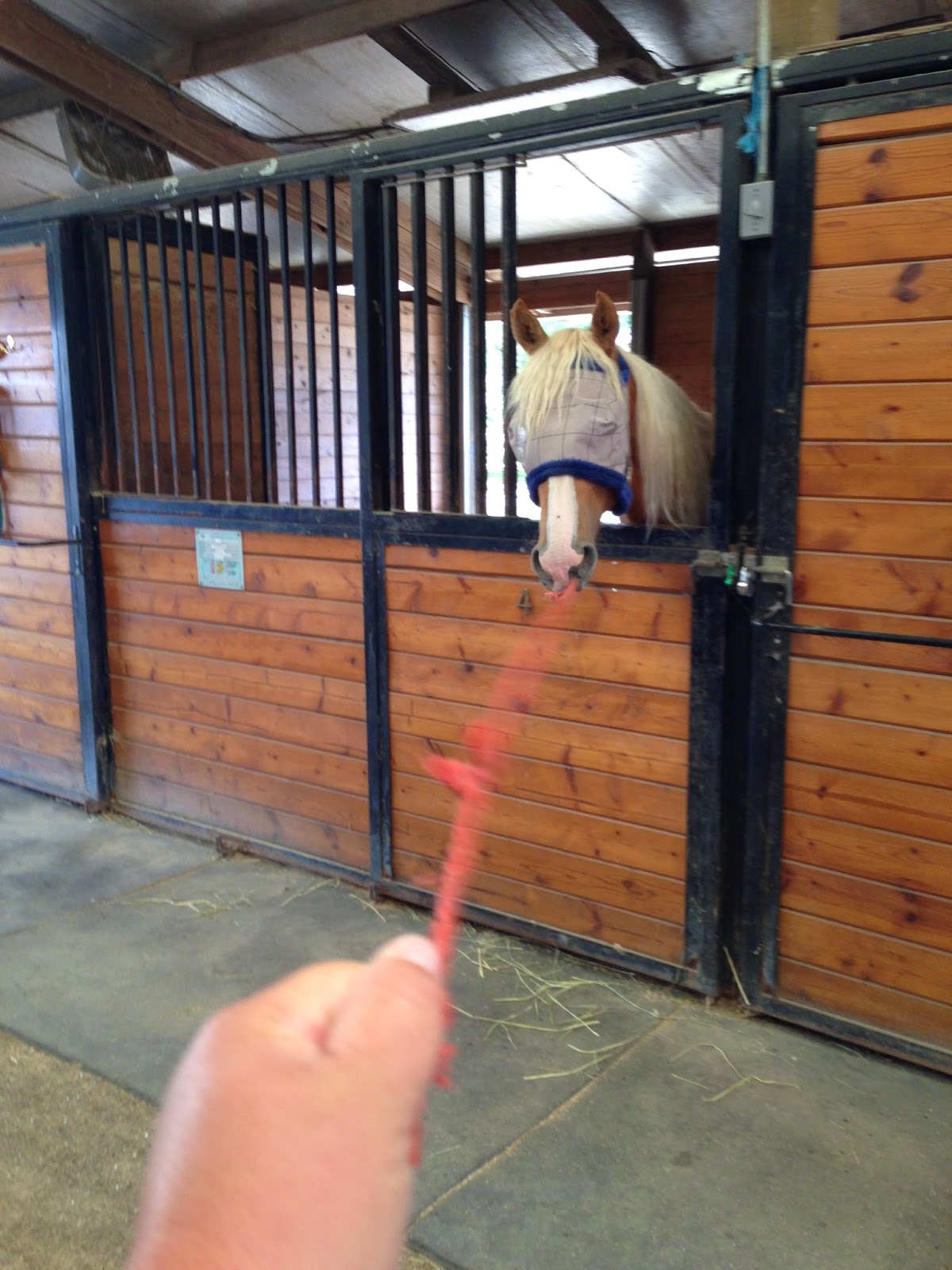 Emmy has had a productive last few sessions.  We worked on loading up in the trailer and unloading out of it.  She tends to rush unloading a bit, but that will come in time.  During the loading phase Emmy gave a little spook at some tin roof making noise and came well within my personal space.  She didn't run me over, but we had to have a chat about it.  I am pleased she sees me as a safe place, but no one jumps on this Alpha Mare....or any in the wild for that matter.  I walked with intent towards her and made her move out of my space for 10 feet or so, just far enough to let her know that she crossed a line. 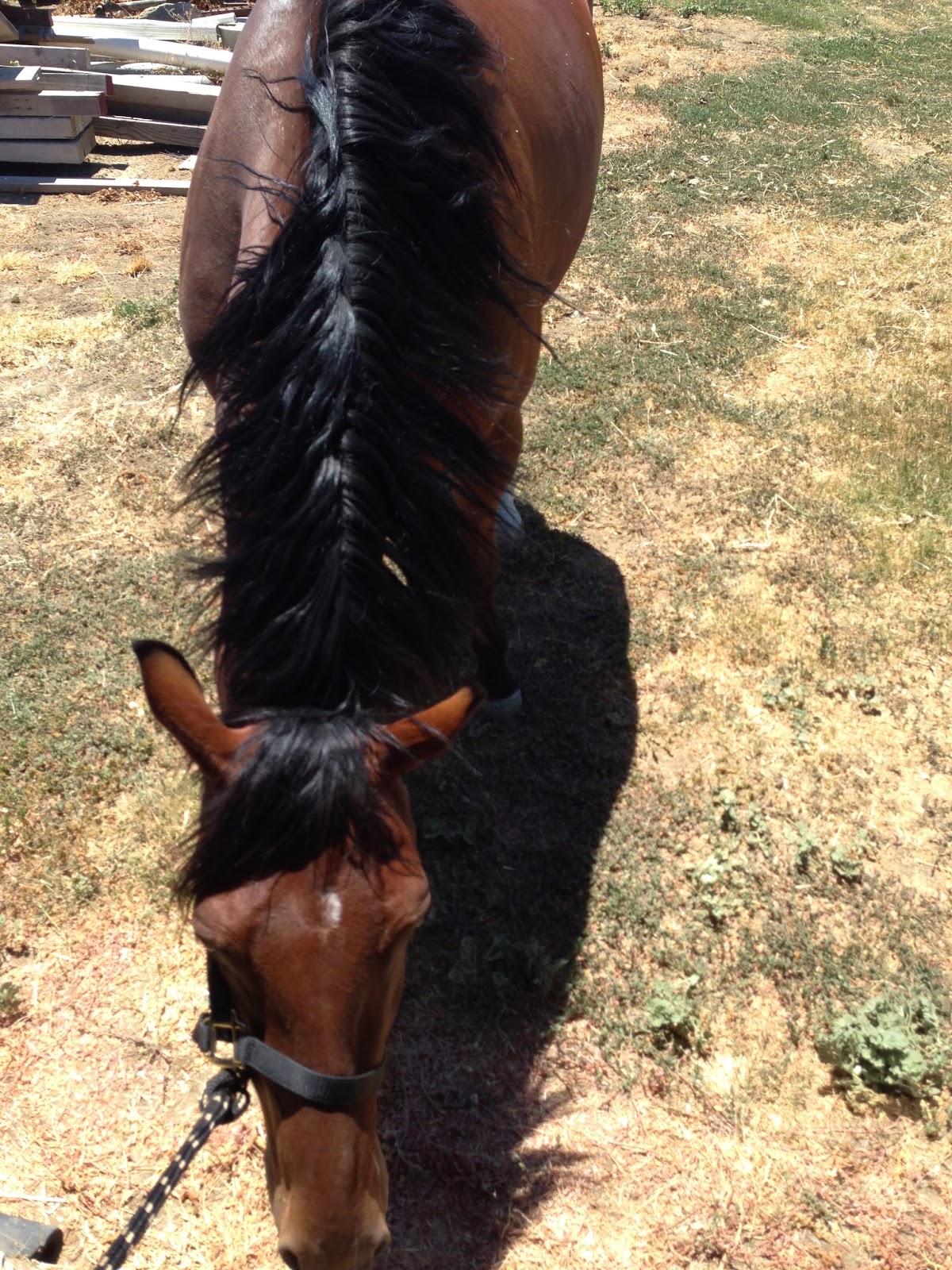 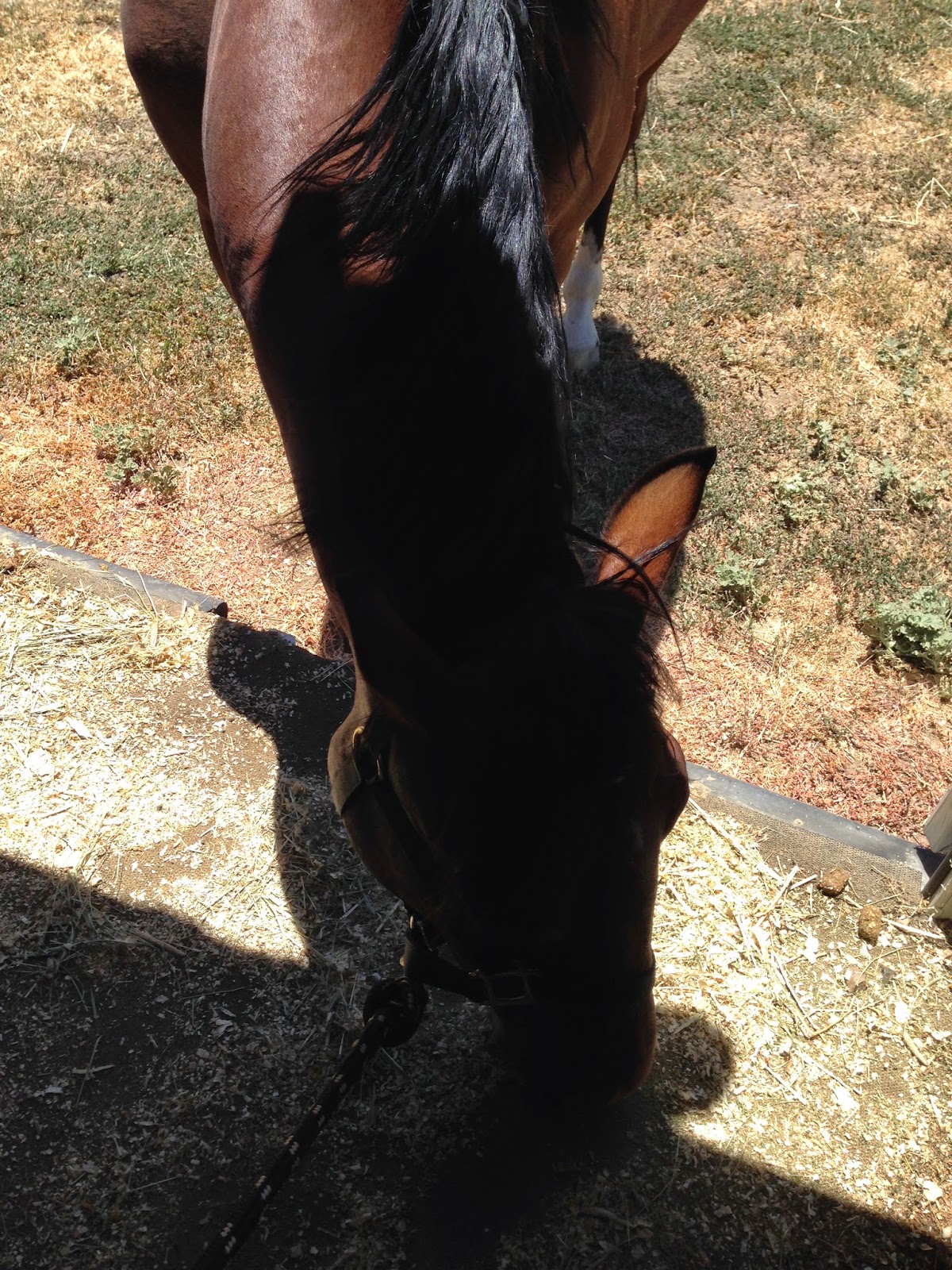 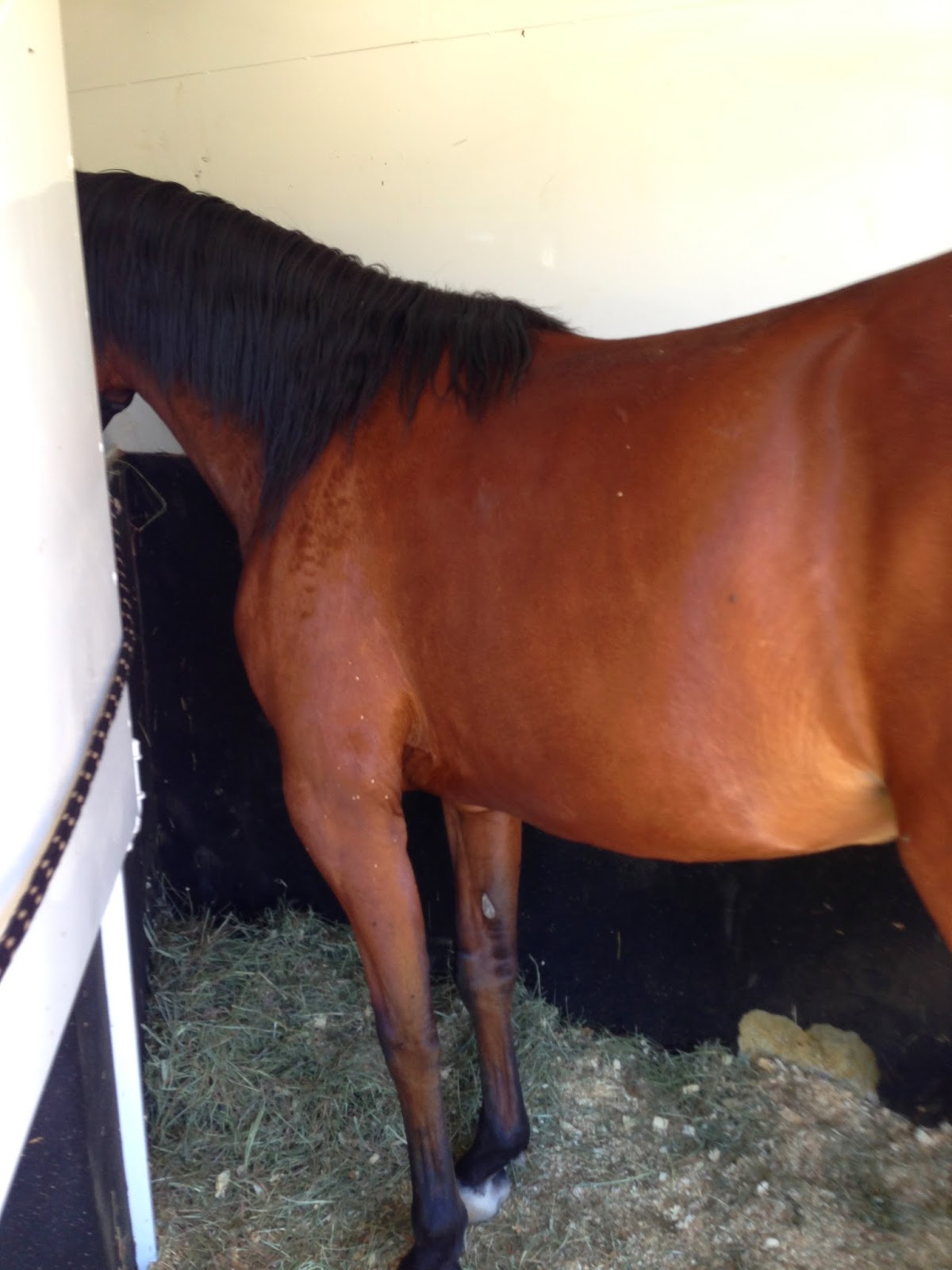 Checking the trailer out.


Emmy was also introduced to my Daughter's wagon and my Daughter was happy to give her some loves. 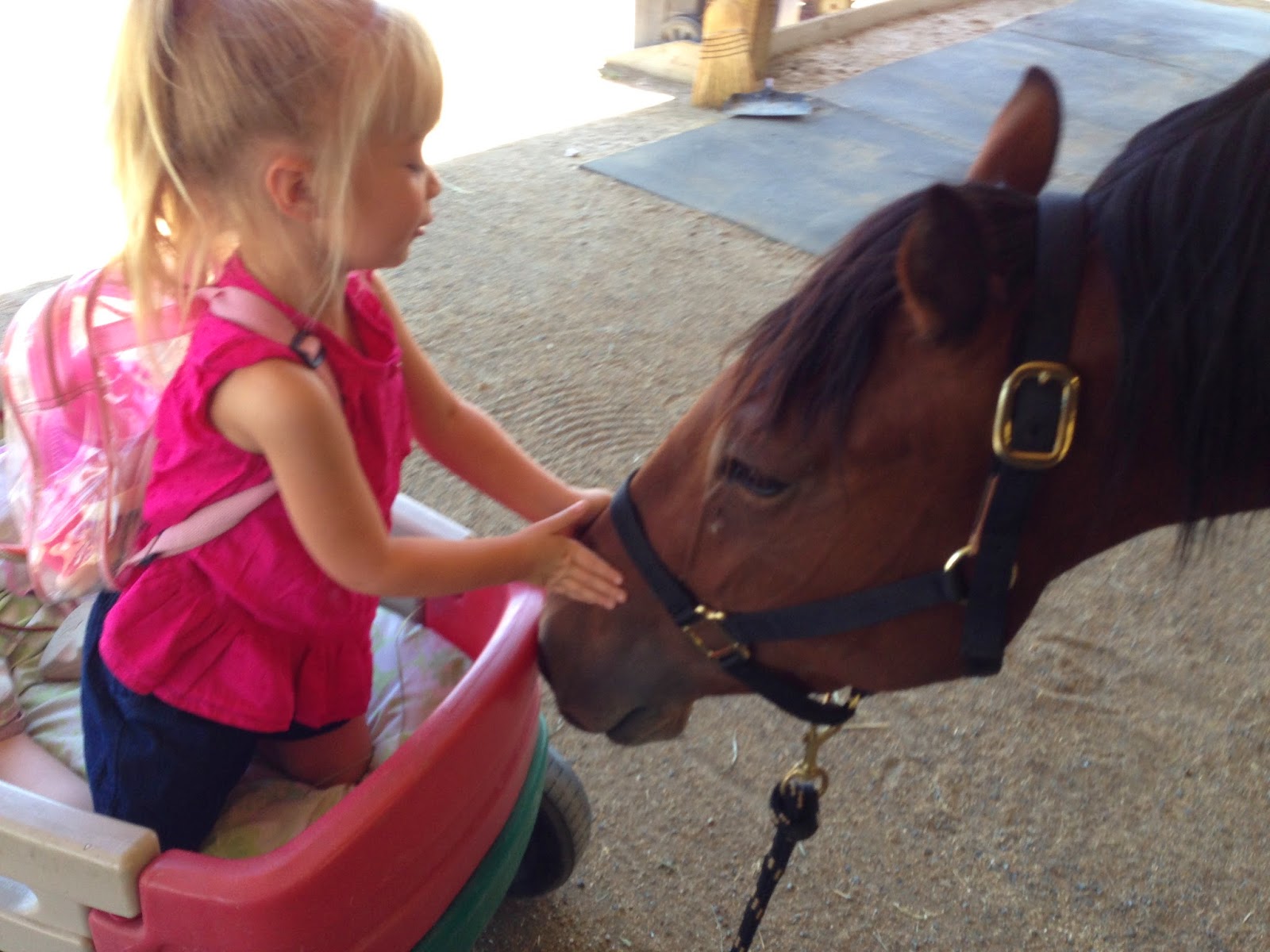 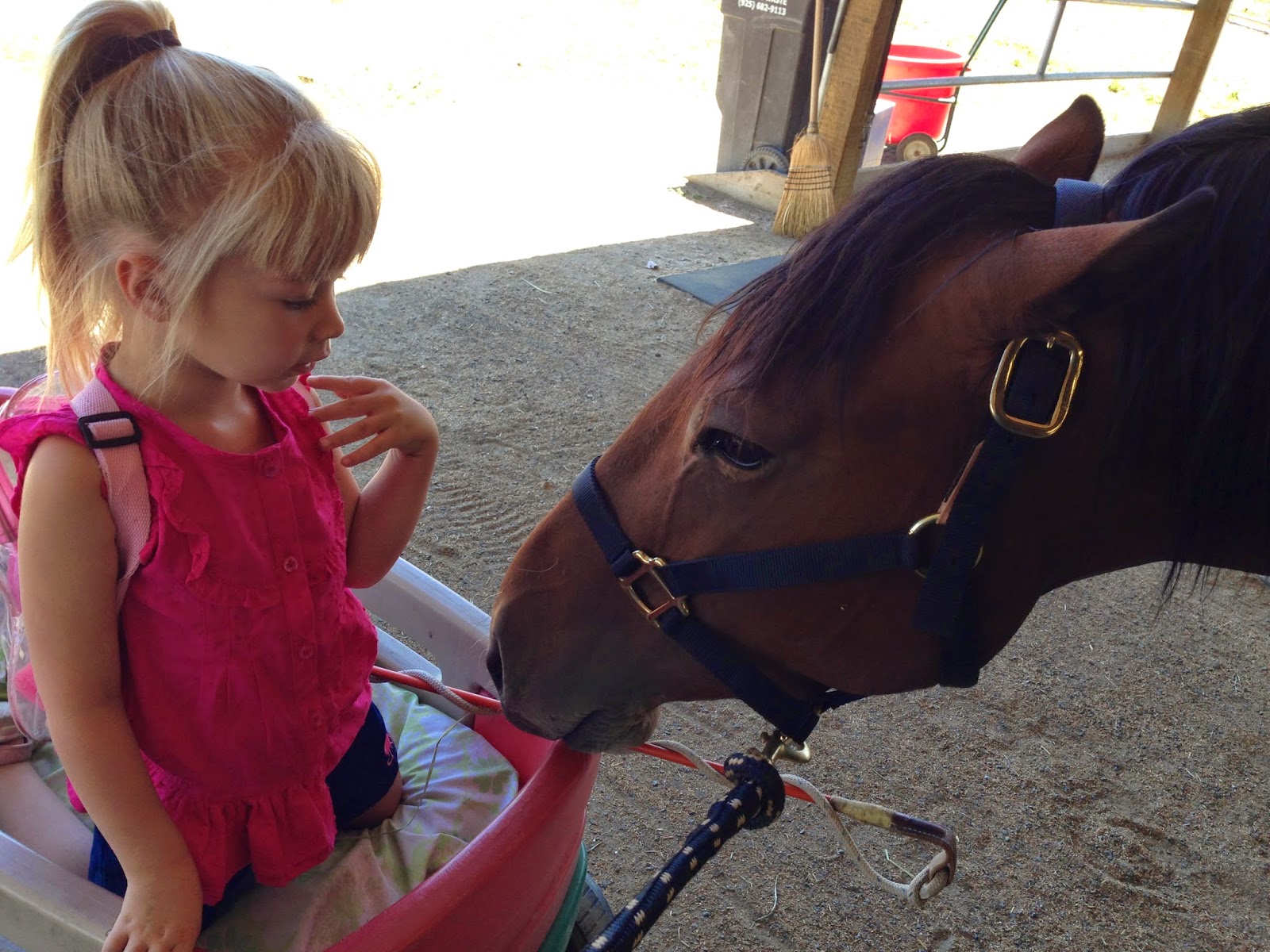 Loves for Emmy.
Emmy also got introduced to our new trail obstacles. the pit and hill.  Well she didn't walk the hill yet, just went by it.  The pit and mound went in over night so when we walked out the next day, she snorted at them.  Perfect excuse to go see them.  It took her a few moments to figure it all out, but then she was walking in the pit like a pro. 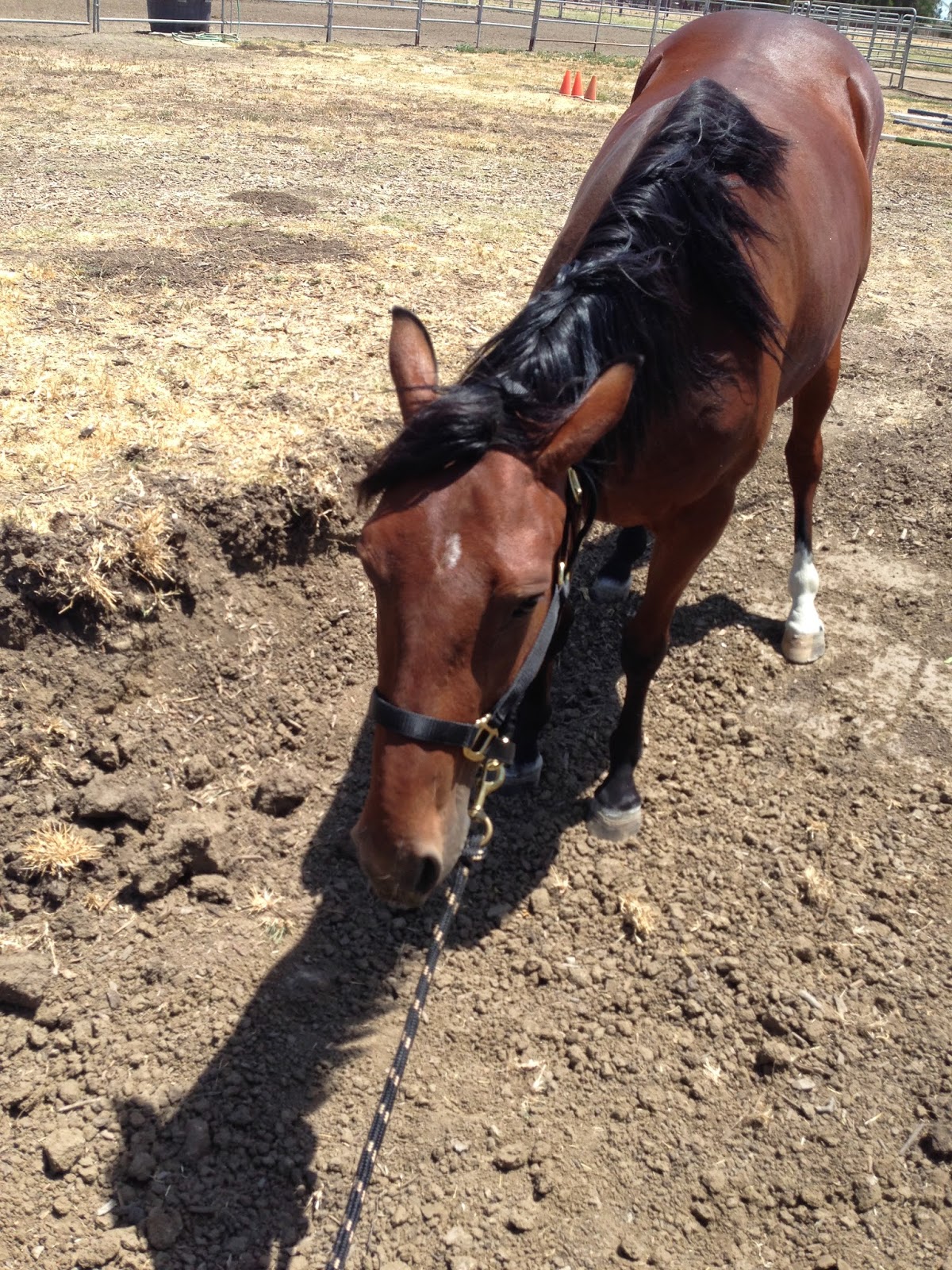 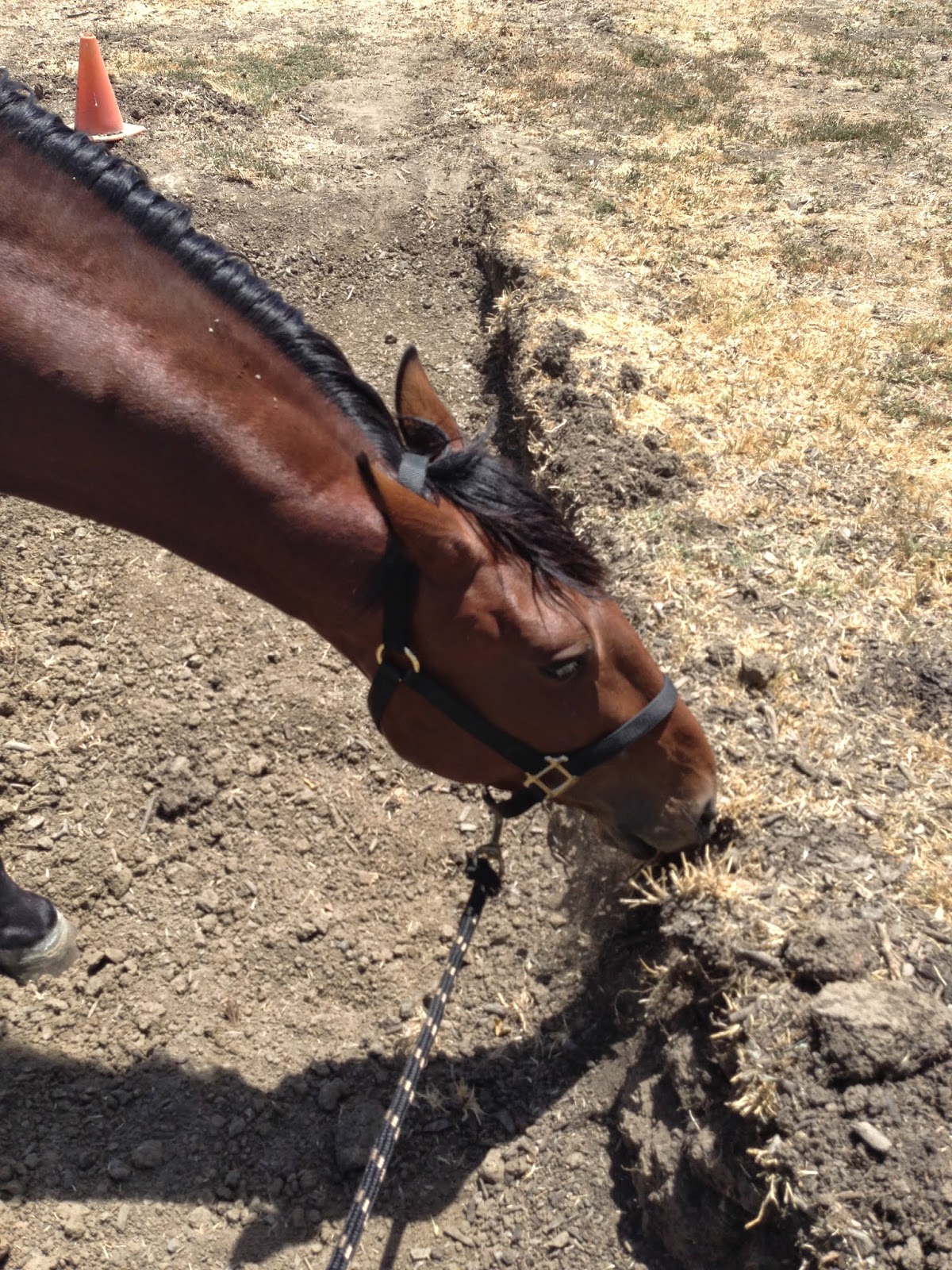 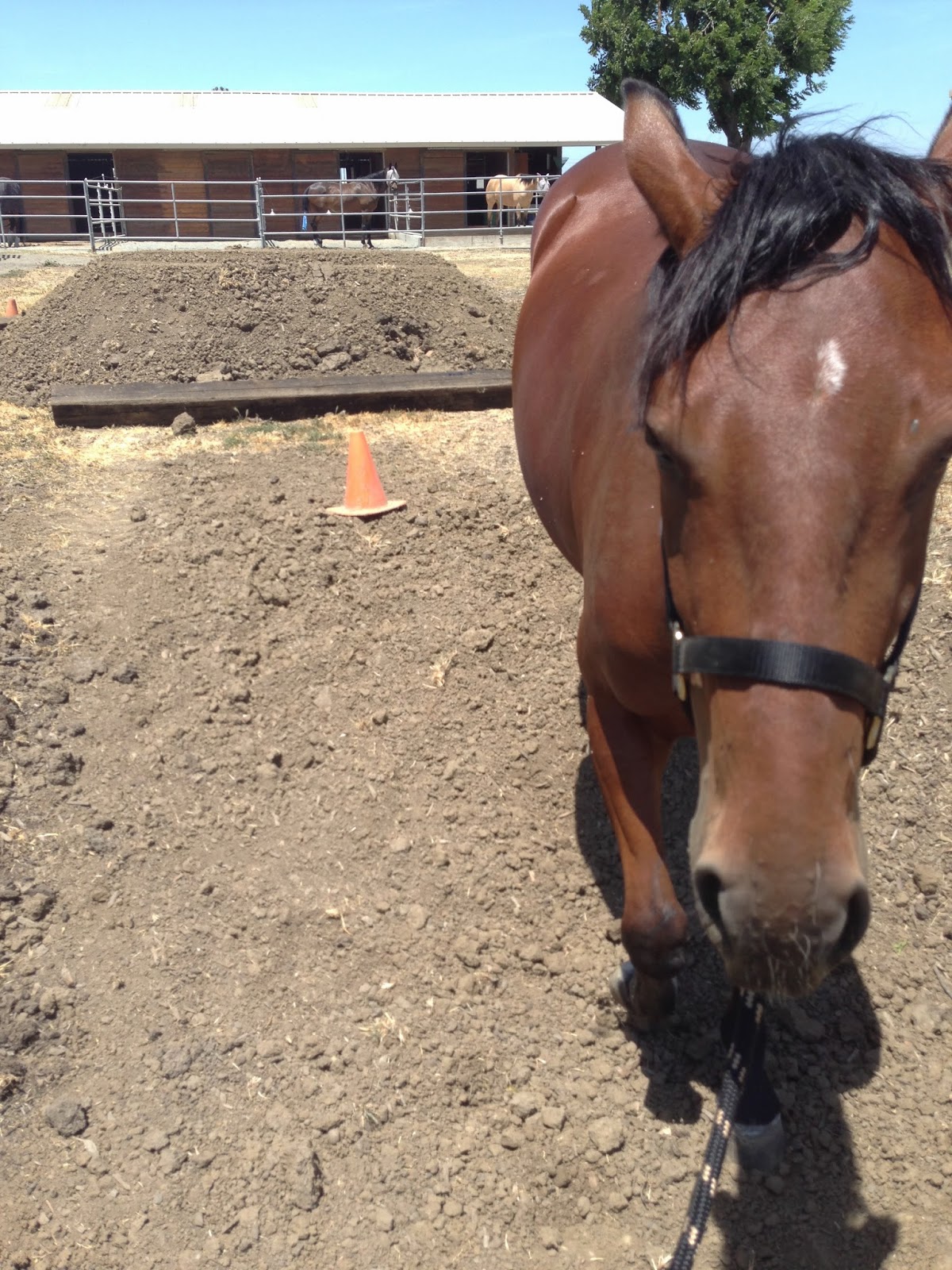 
Today Emmy was taken into the round pen for some ground work.  I've been working with her reversing and moving off a soft feel in the lead.  She gets it well 75% of the time, does ok 20% of the time, and the last 5% I think she gets distracted by her boyfriends or herd mates.  Still, not bad for a young horse.

After the ground work, I brought in the mounting block.  I let her check it out first before climbing on it myself with her in the pen.  Since she didn't seem to mind that I moved on to asking her to move up to the block, giving her lots of scratches and loves.  If she moved away, I just asked that she move forward.  Pretty soon she was right next to the block.  Then I began to move the block next to her in mounting position and continued the scratches and loves.  She stood quiet for several moments with the block next to her and getting touched on both sides.  After several attempts and her reacting so positively I took her home, fly sprayed her and called it a day. 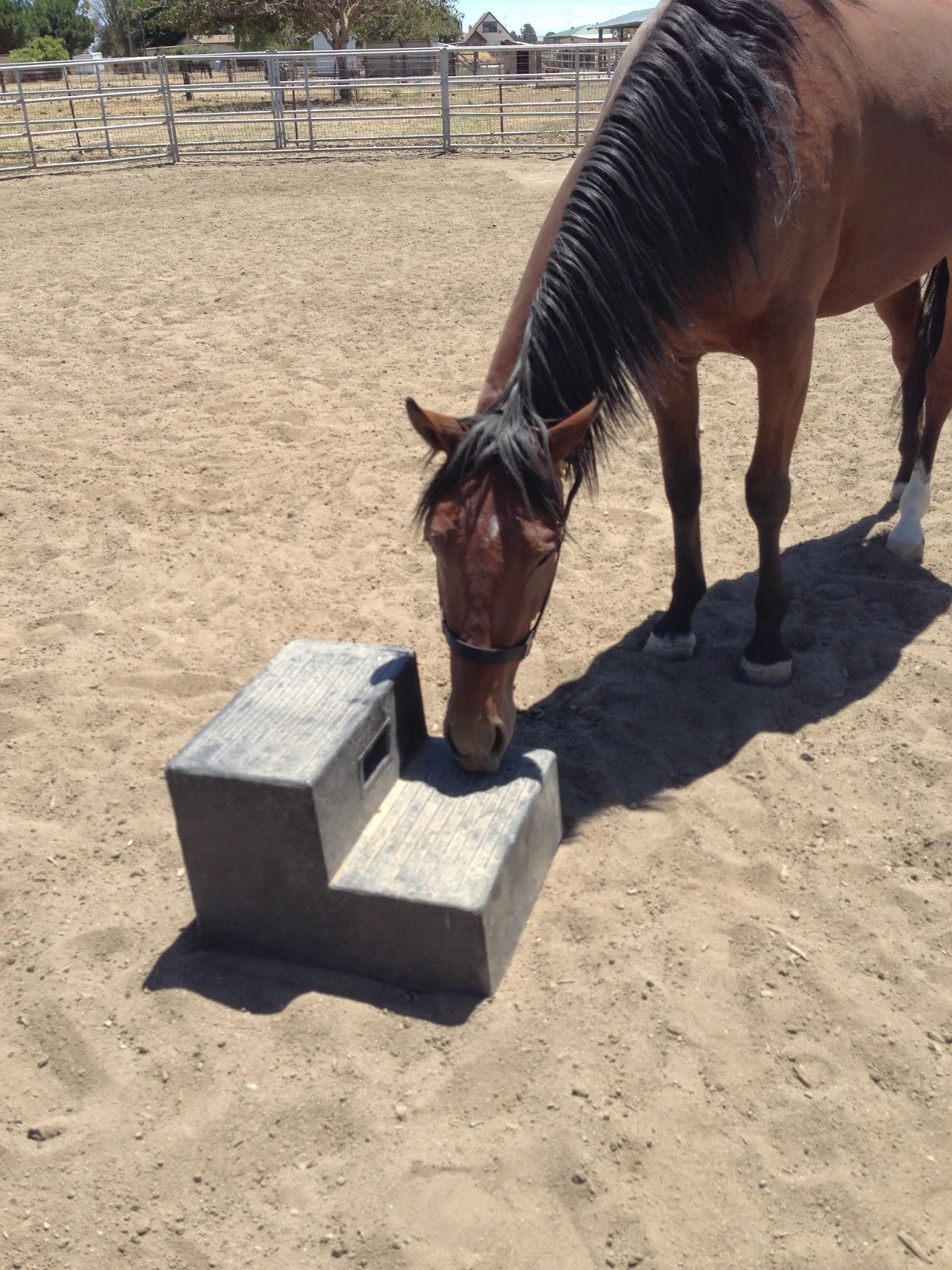 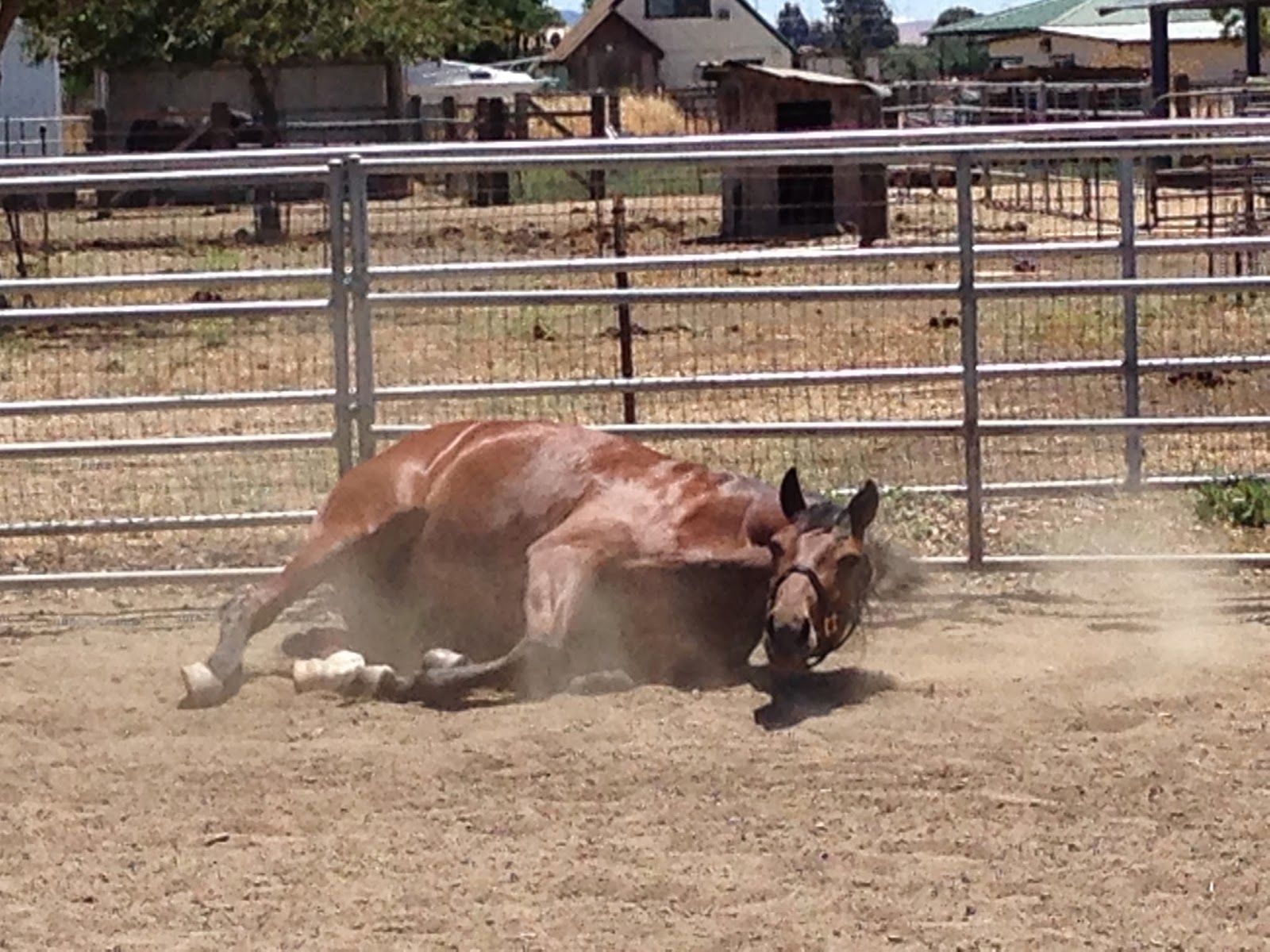 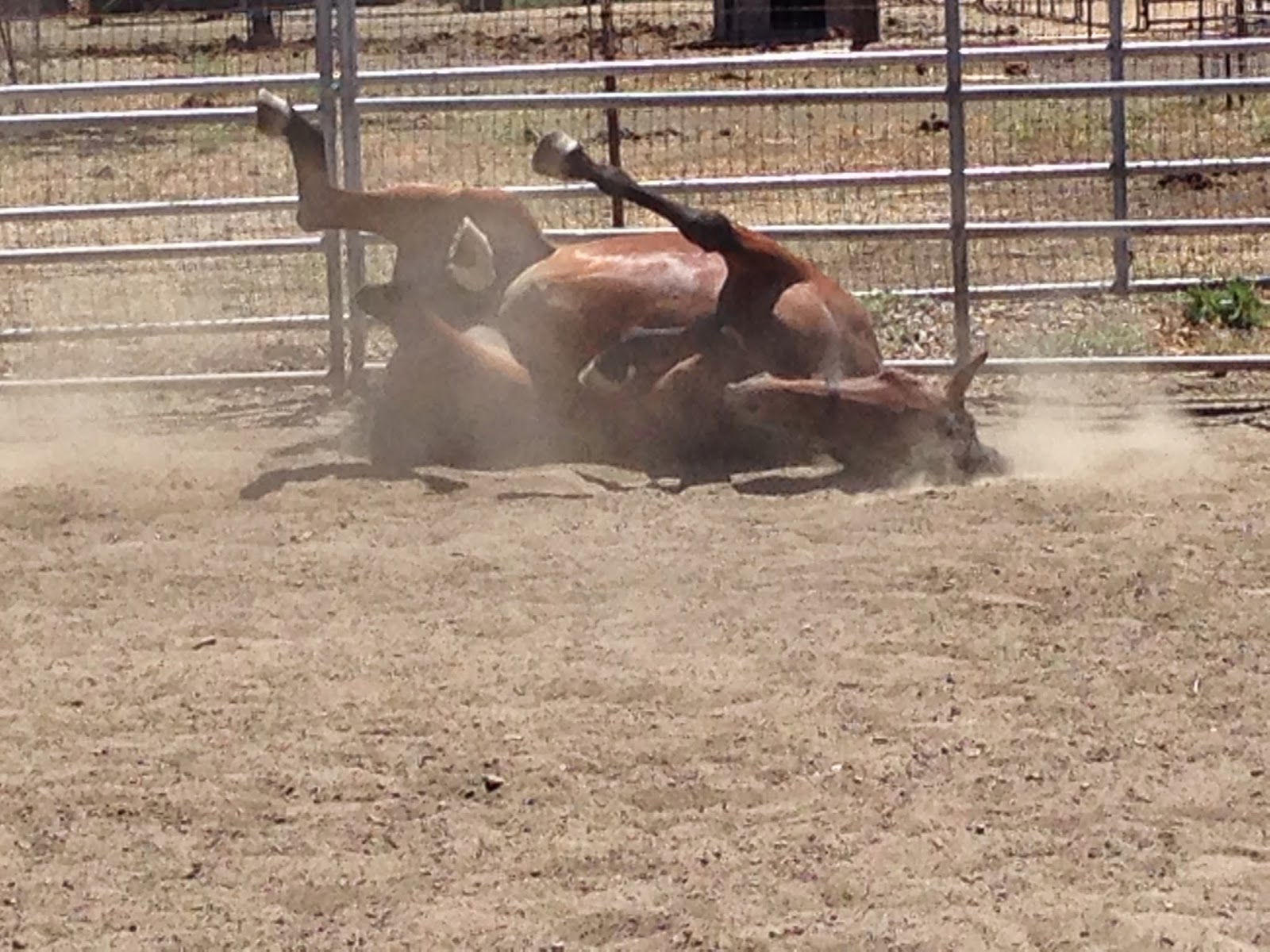 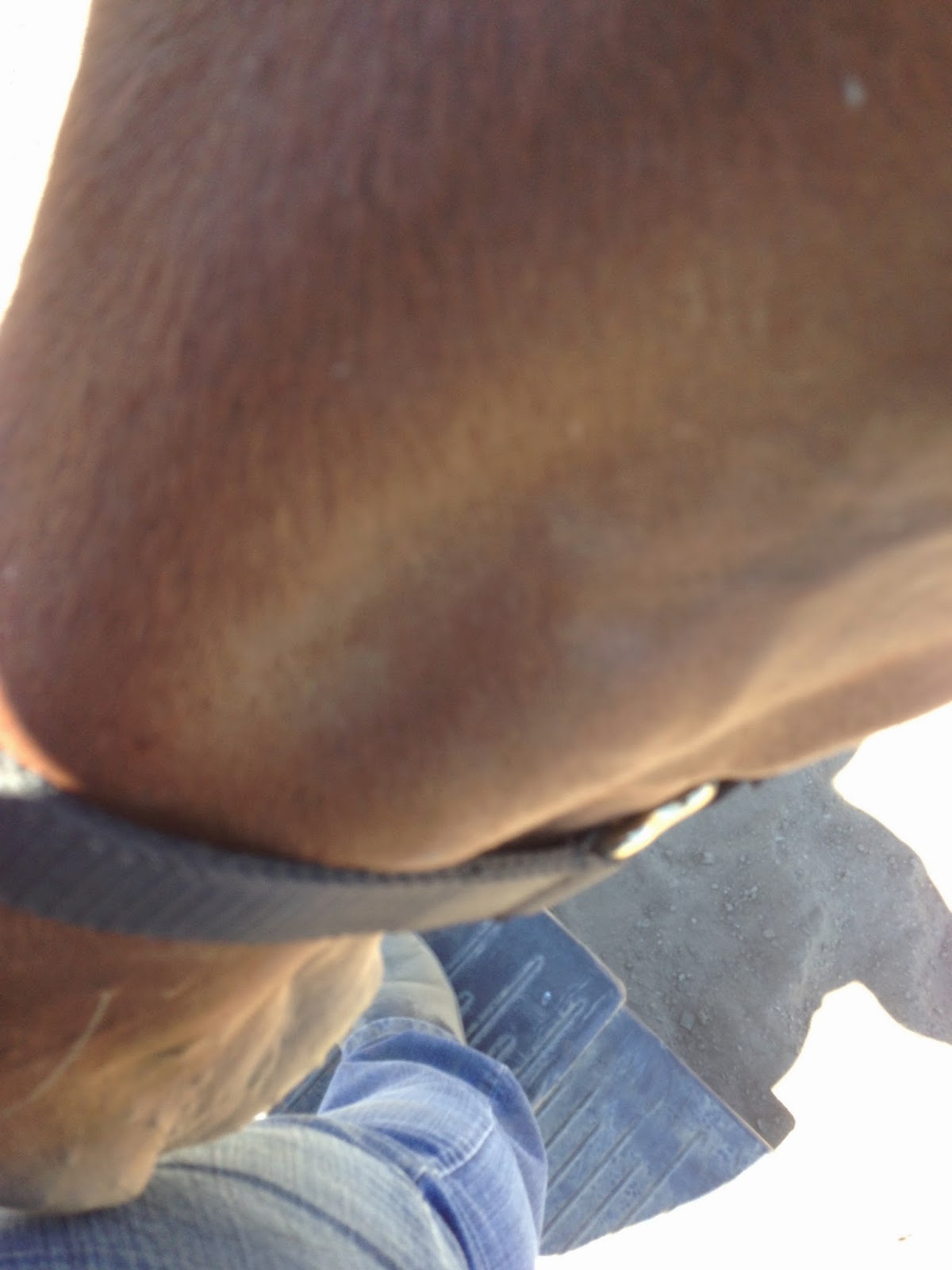 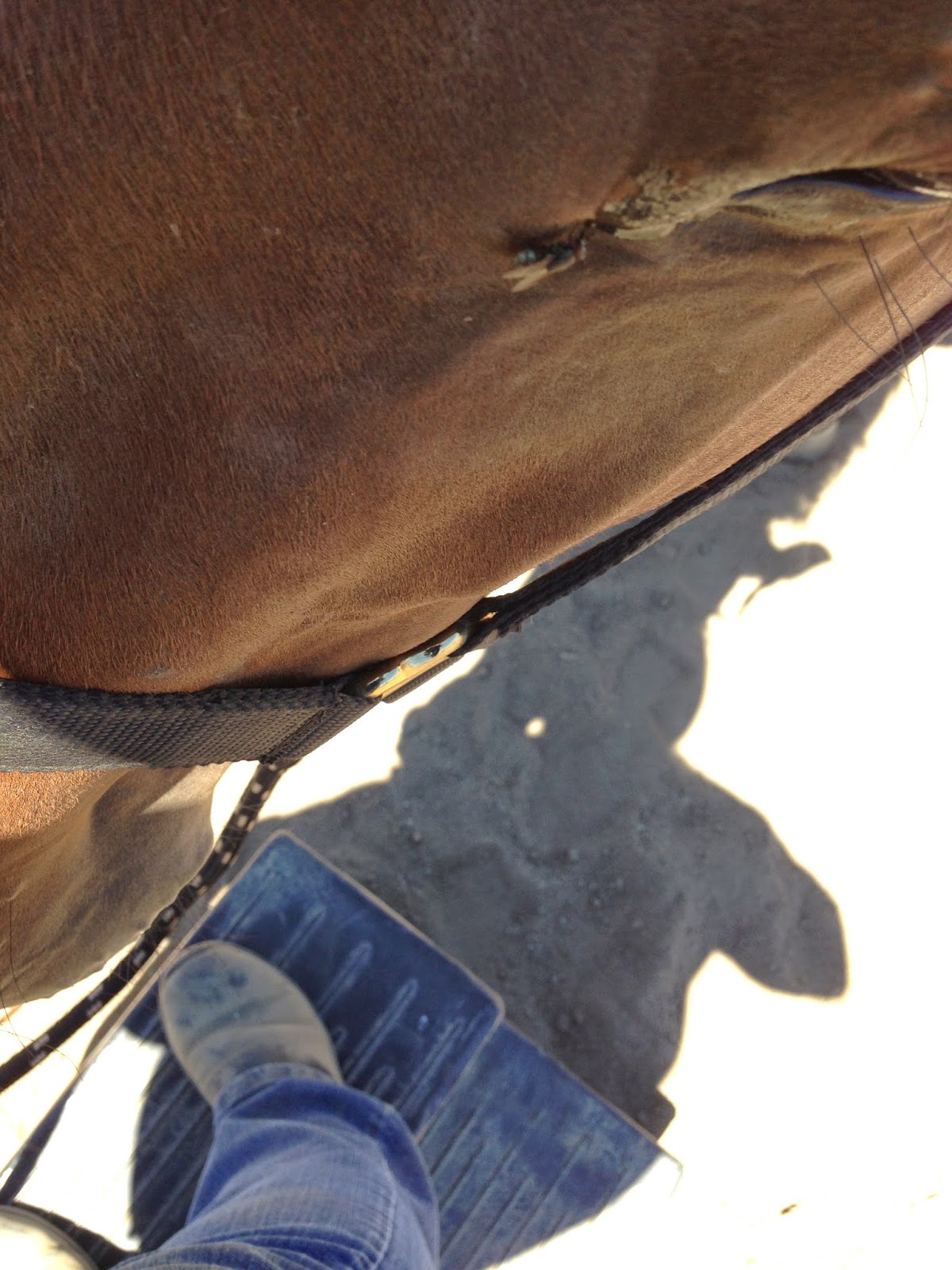 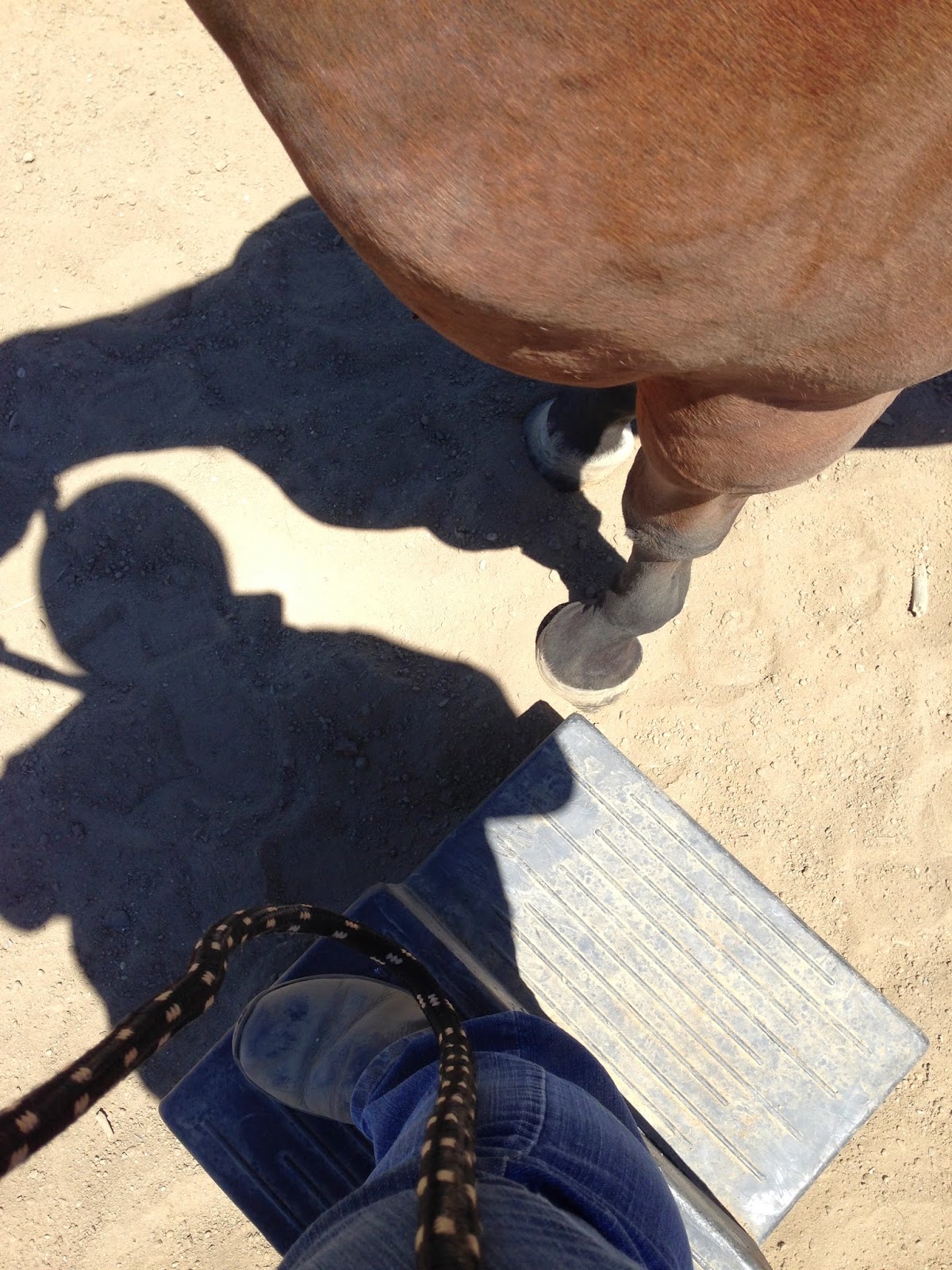 Emmy enjoying her day out.