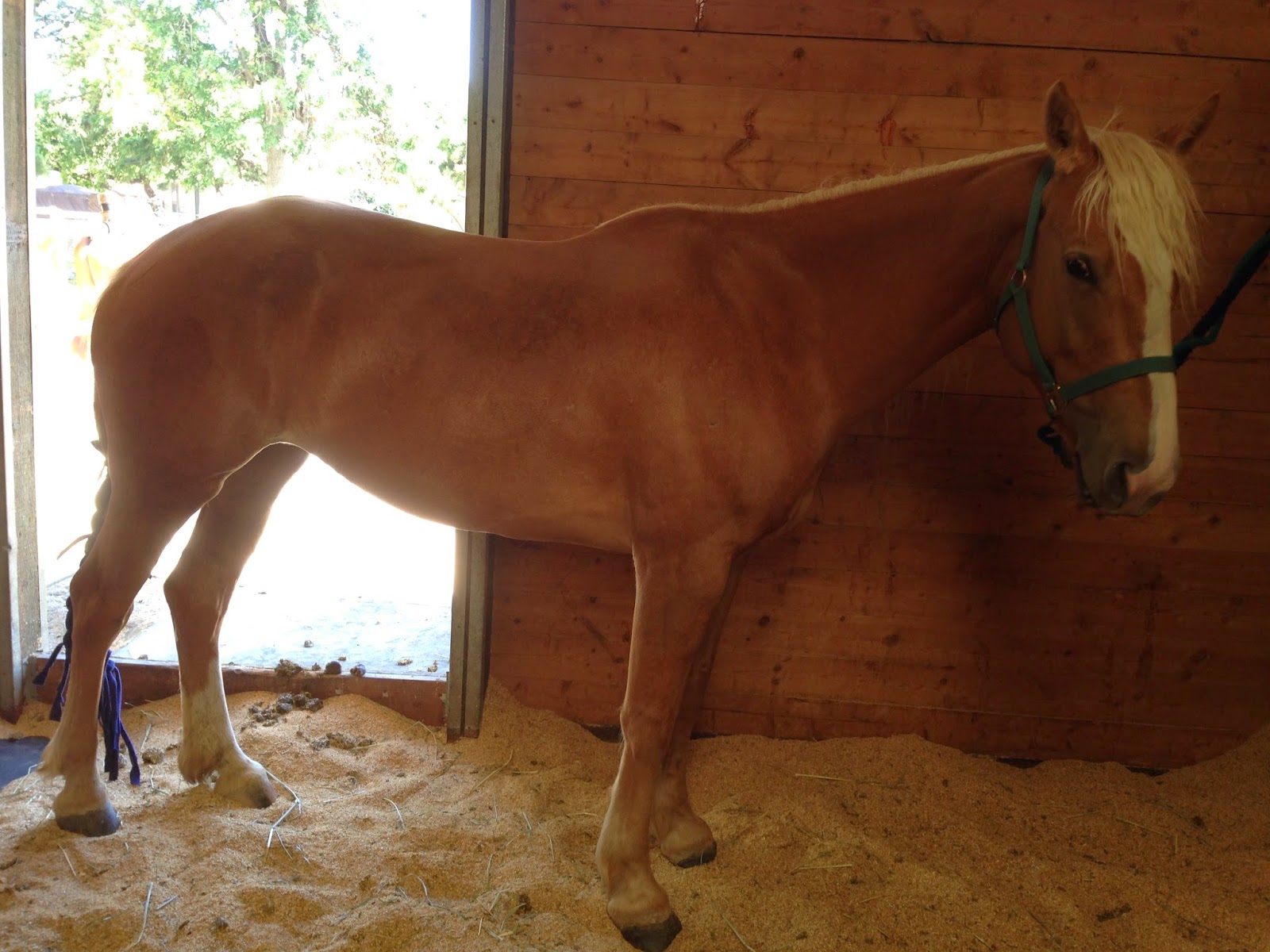 Opal standing at her tie in her stall.

Apparently both of my girls have a crush on the same gelding....you hear that mares....he can't help you!  Anyways, both mares are quite smitten with Ranger, a black mustang gelding.  Since both mares left their brains in the stall and were thinking with their lady parts today, it was a short turn out. Both Opal and Ehawee are getting better at standing in cross ties for grooming, but when the 4 year old is having a squirmy worm day, its easier to groom them inside their stall with the door closed while she watches from my tack trunk. 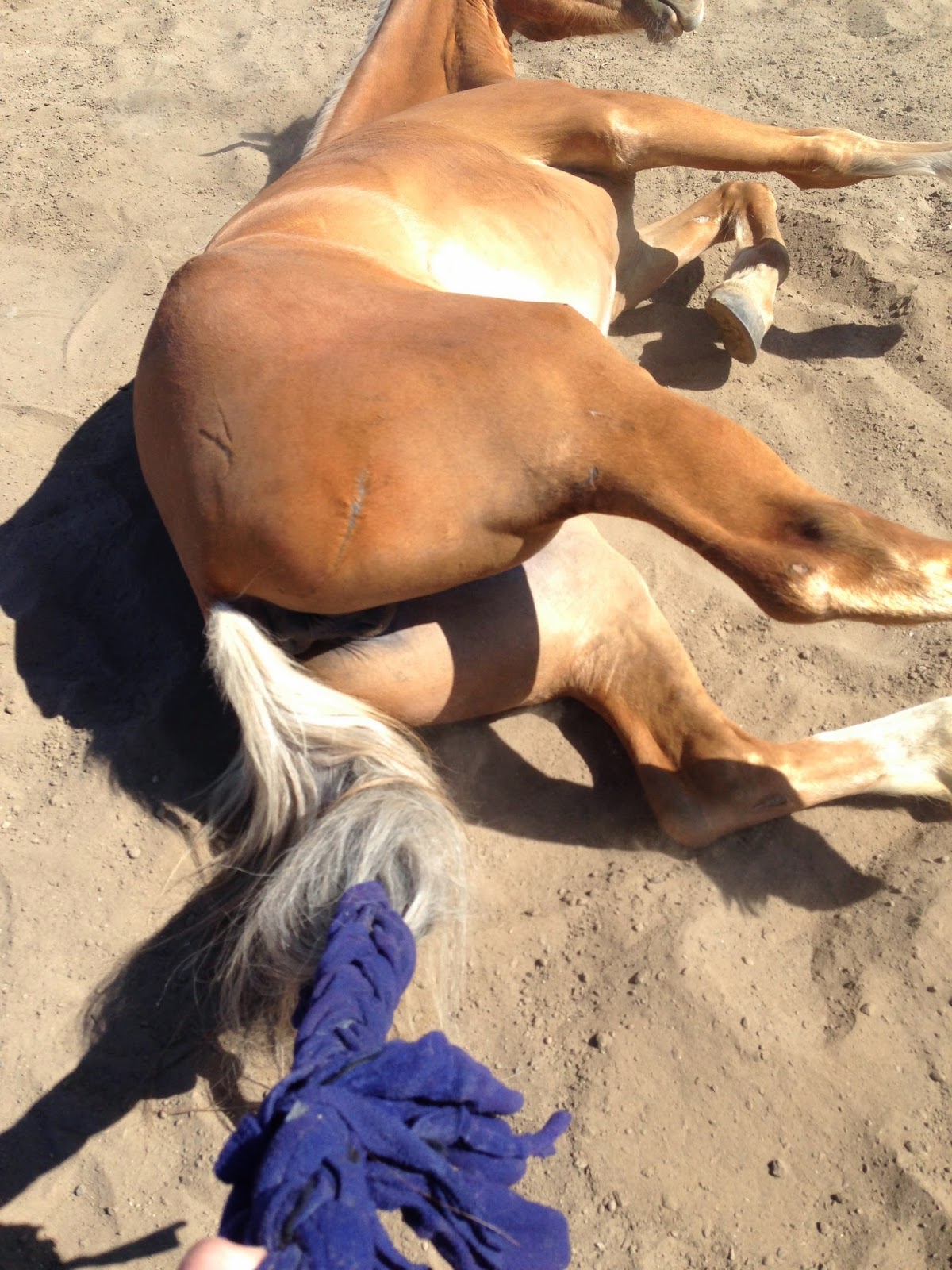 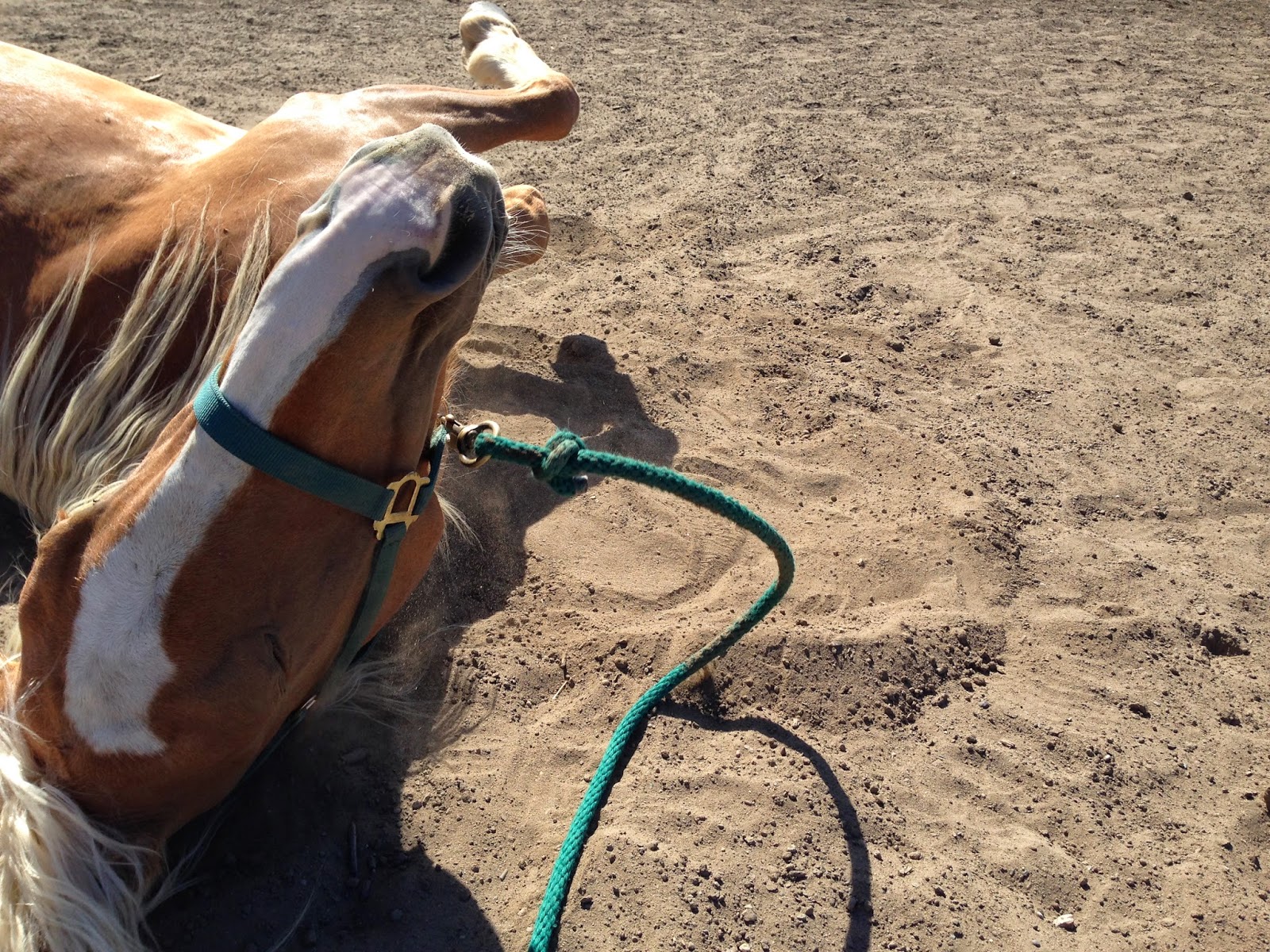 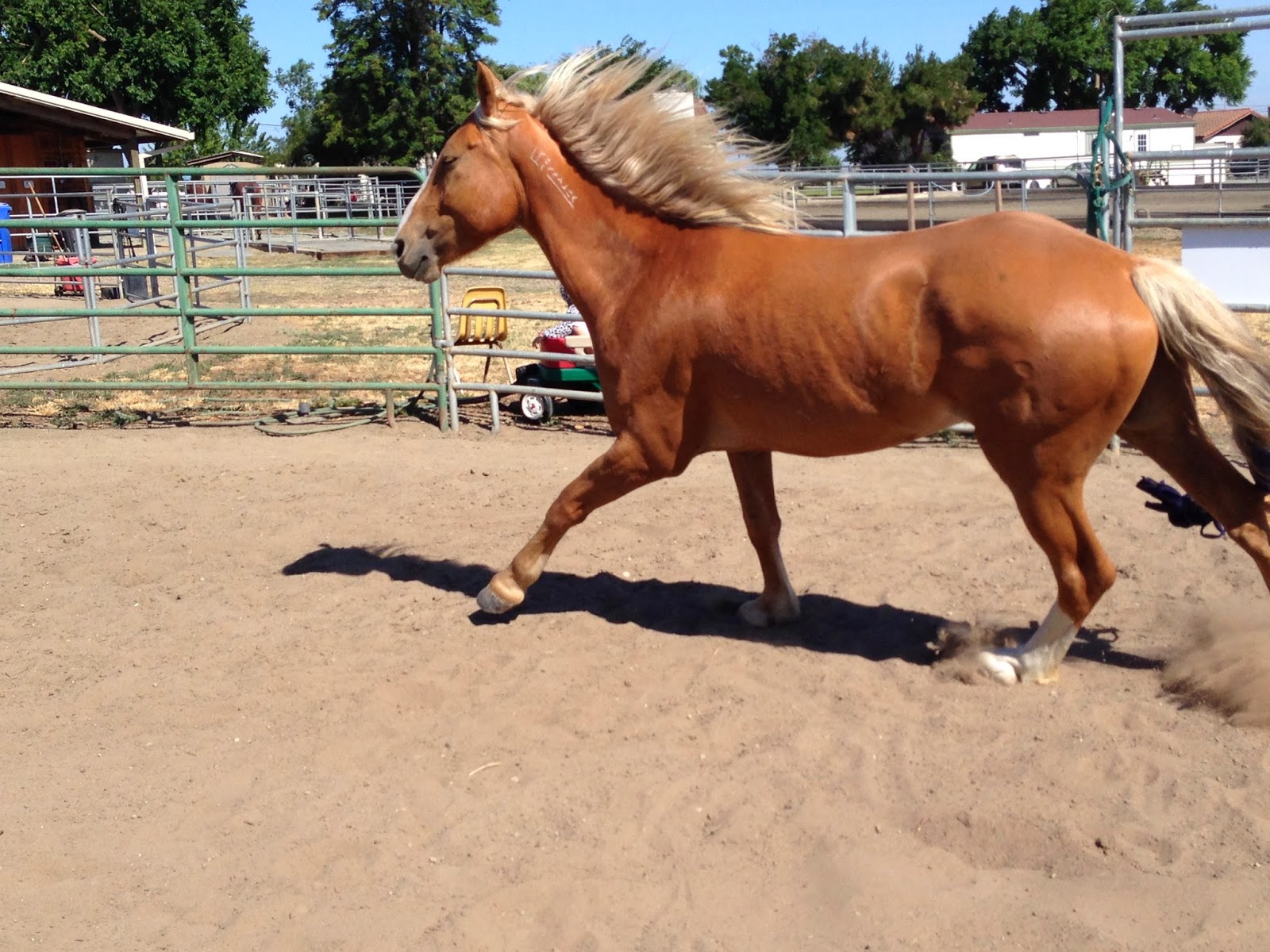 Sometimes I think she has better hair than I do.  She needs another bath, she loves to roll. 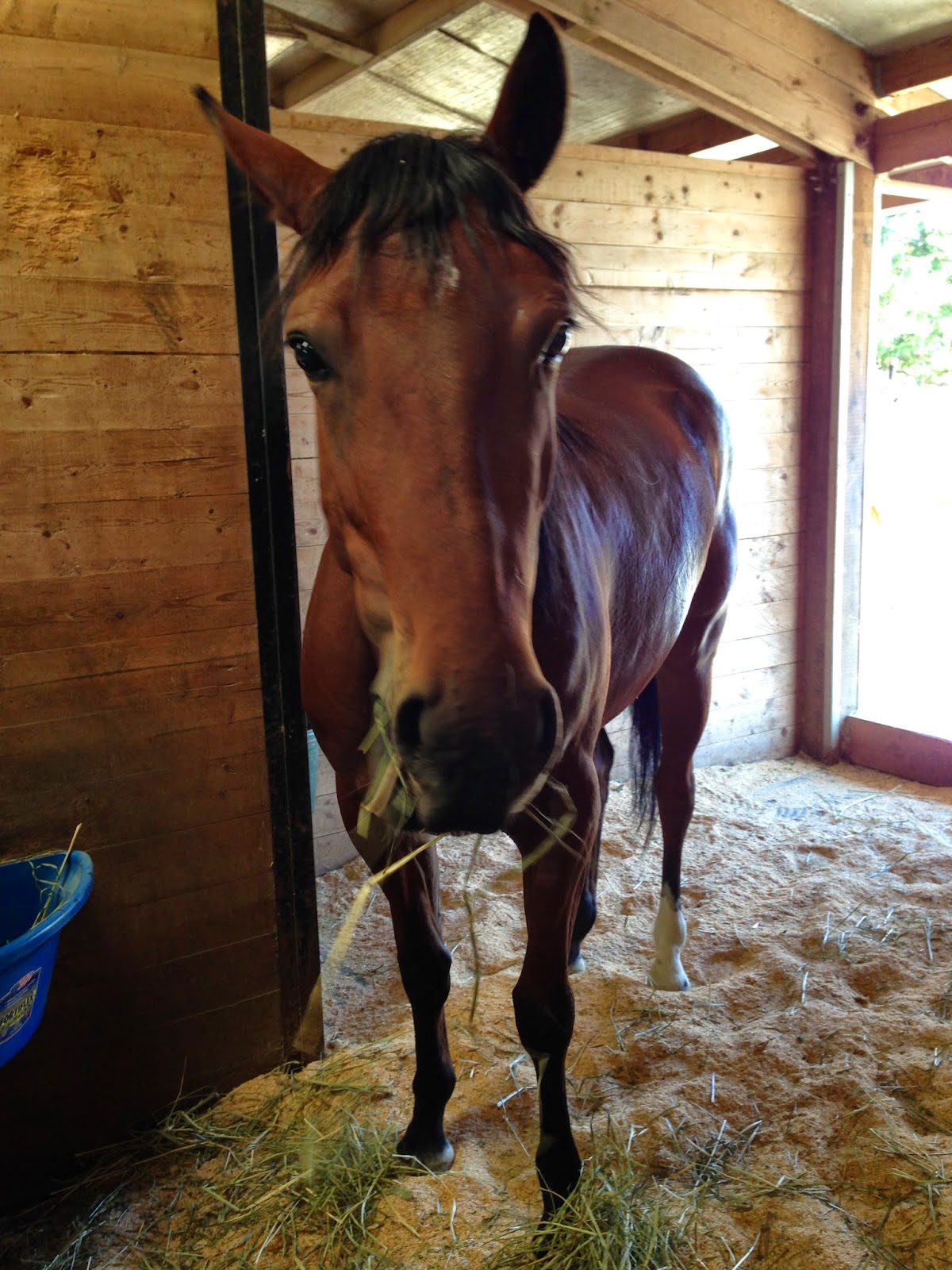 Emerald (Emmy for short) is settling in nicely.  We are going on walks around the barn, venturing a little further each day.  Yesterday we walked through some of the obstacles that were out, including a bridge with 'guard rails'.  Emmy walked right over the bridge without any hesitation. 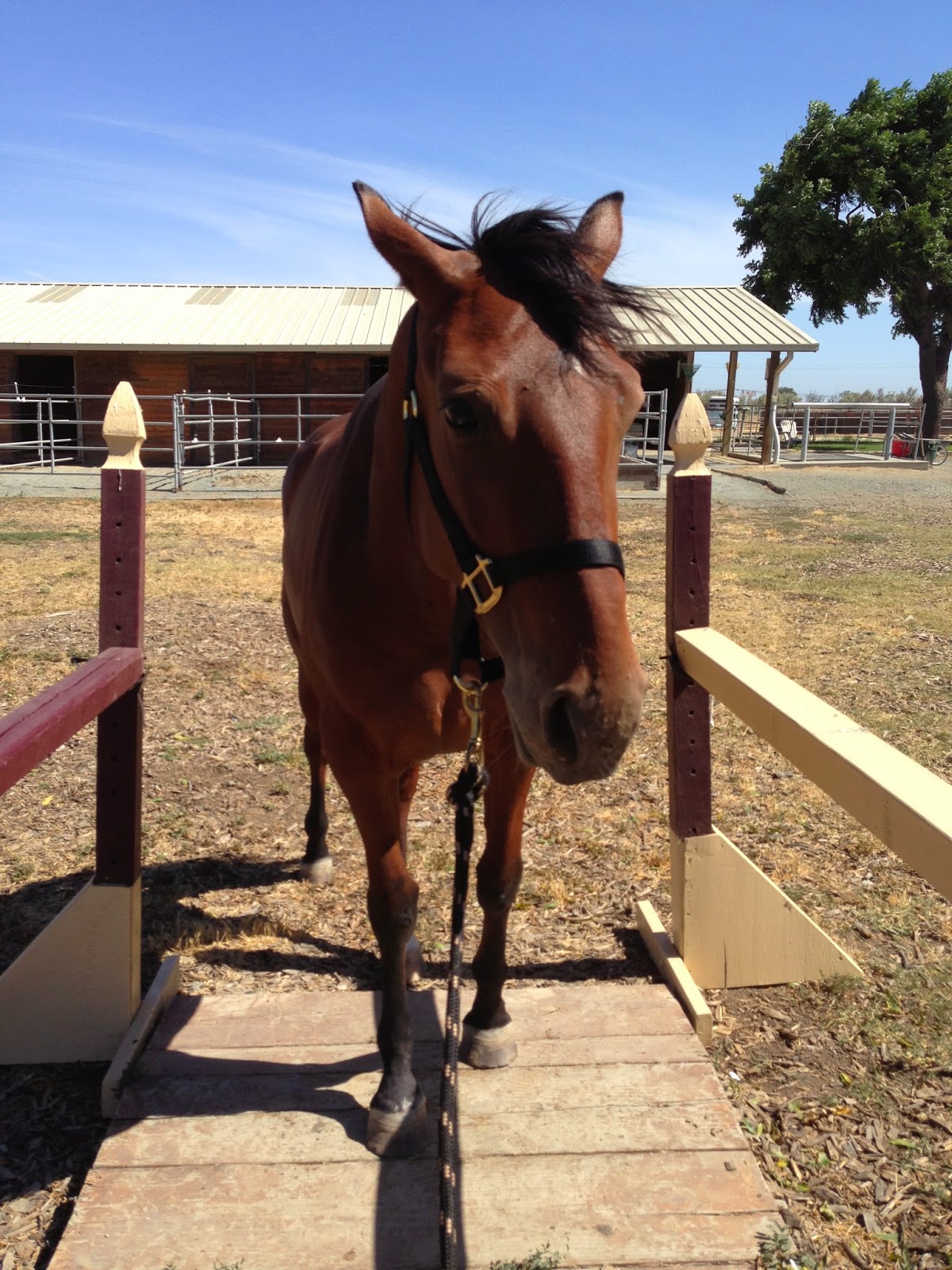 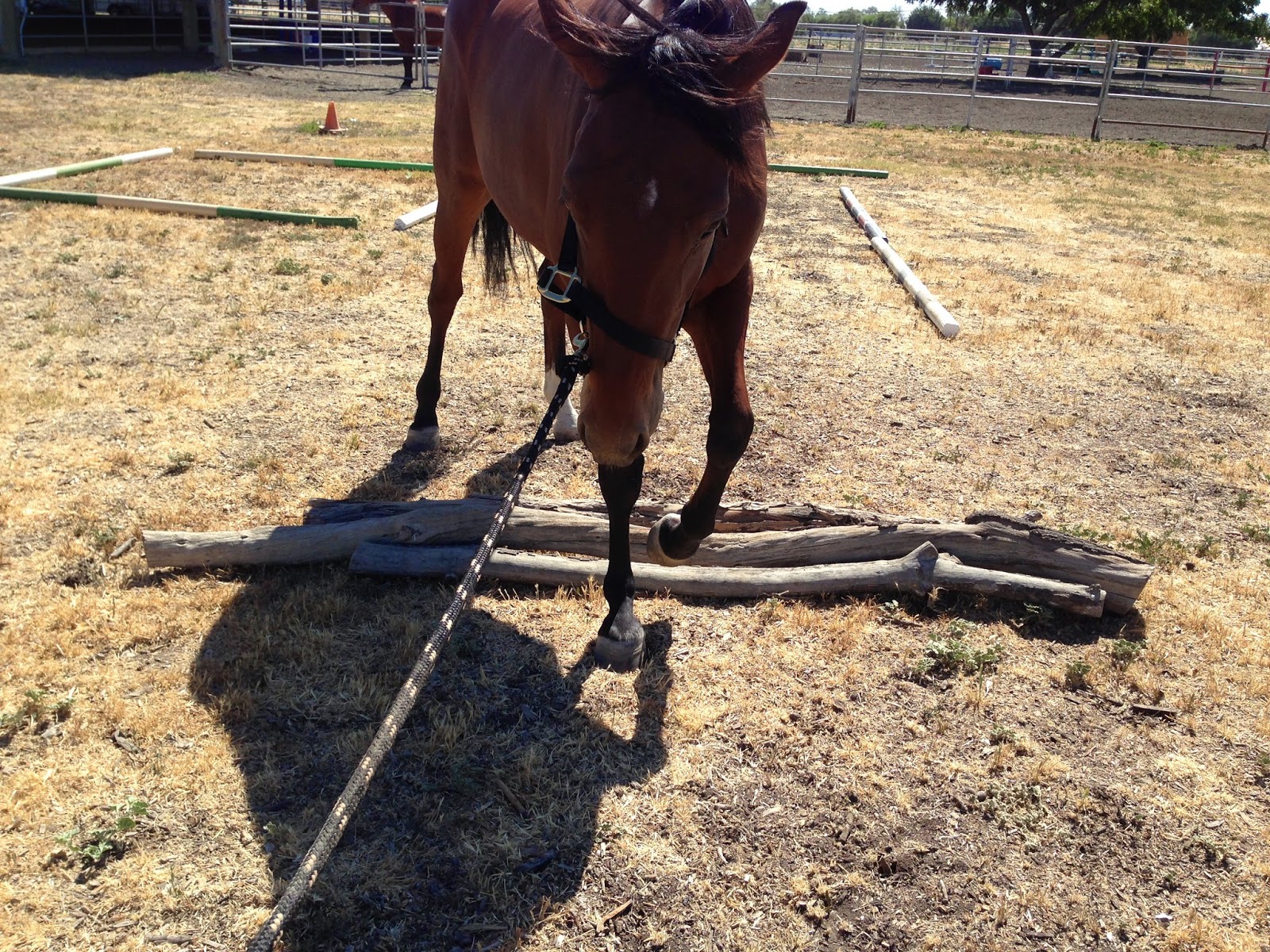 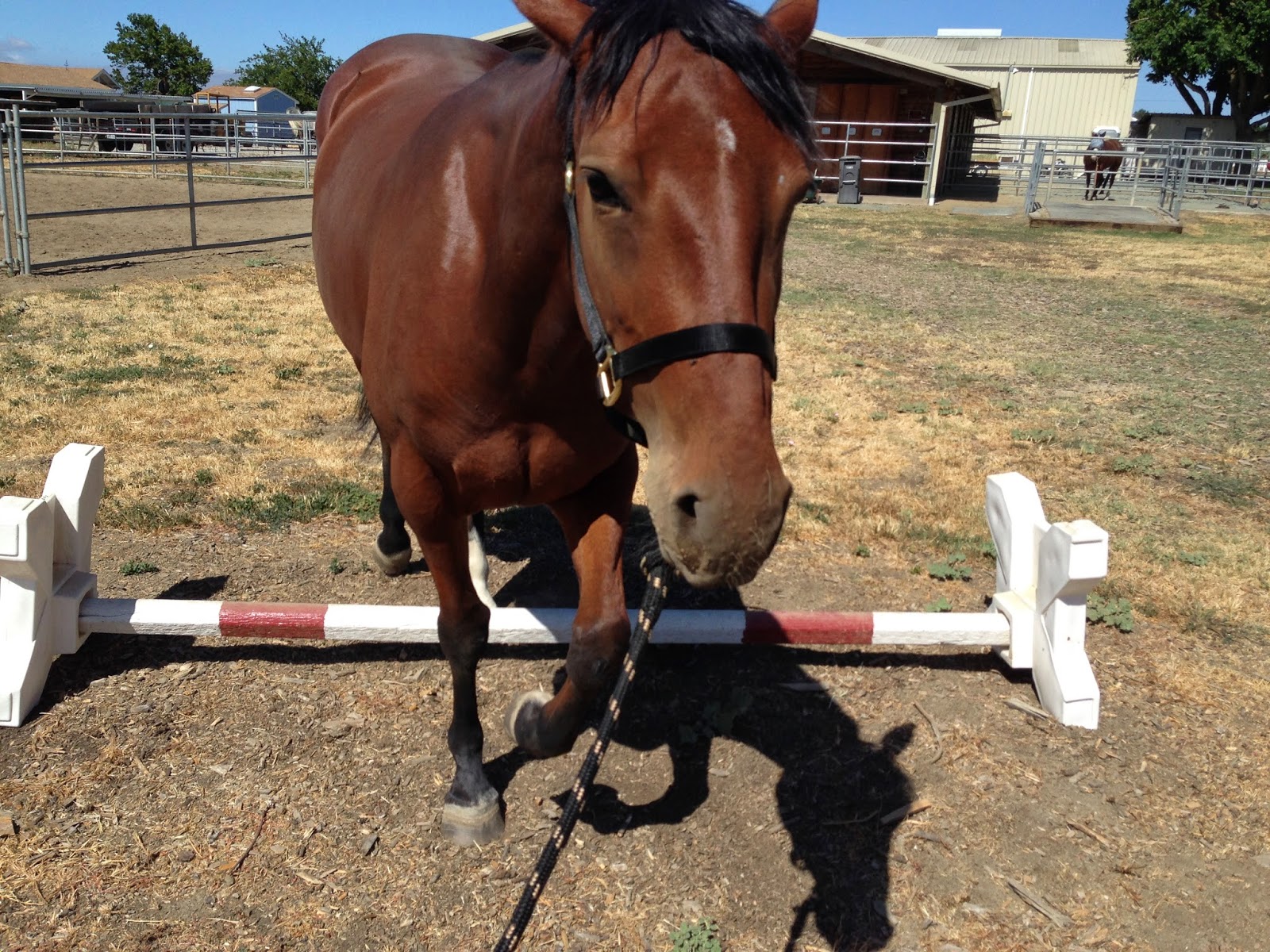 
Today we walked over the the jumping ring which had us go under the roof for the covered arena.  I could tell Emmy was checking it out, but willing to keep going with me.  She was turned out next to the arena my girls were in, so they got to say hello to each other.  Emmy has also taken a shine to Ranger.  Tami, you better lock him up....these ladies have a crush on your boy. 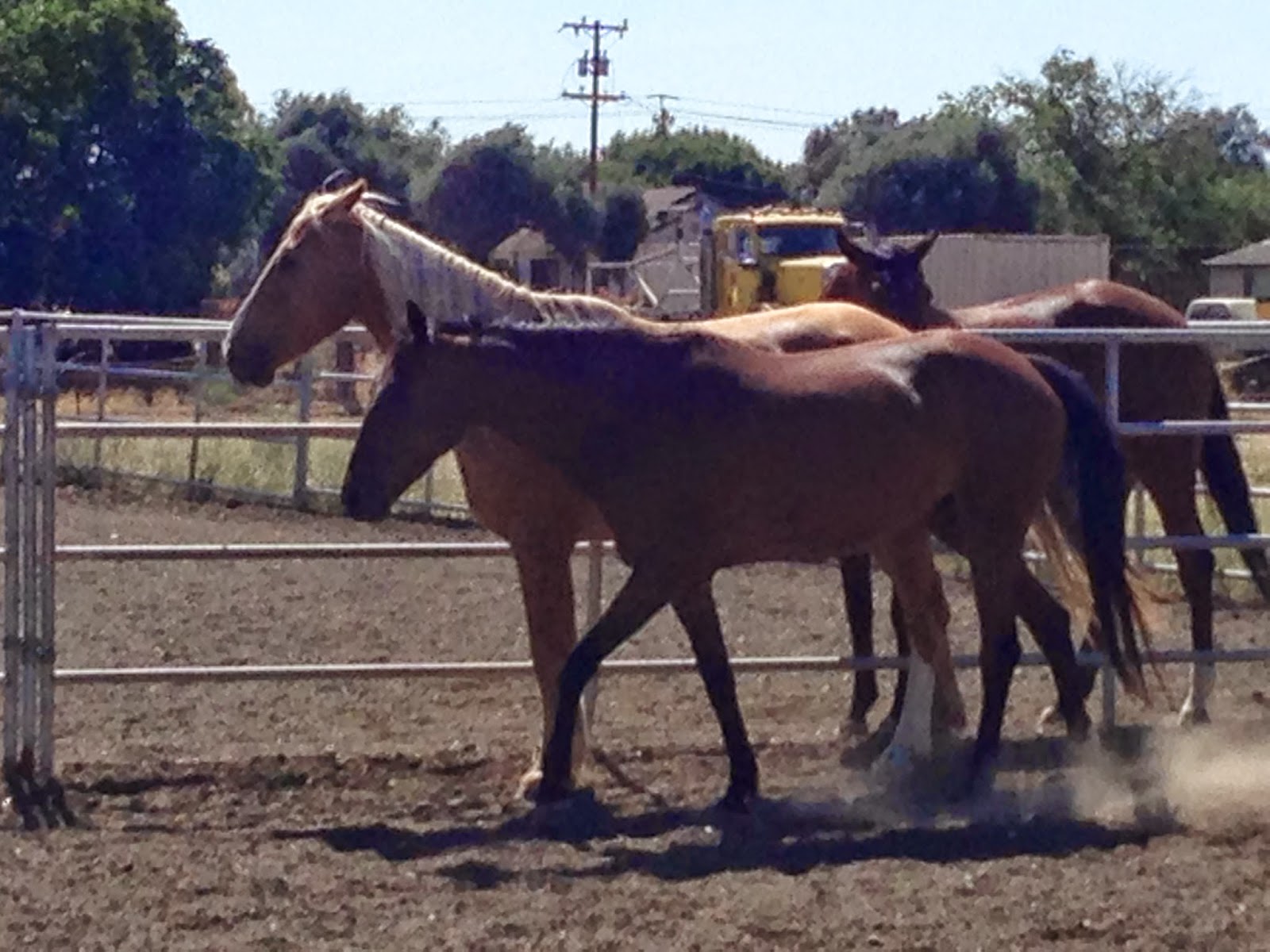 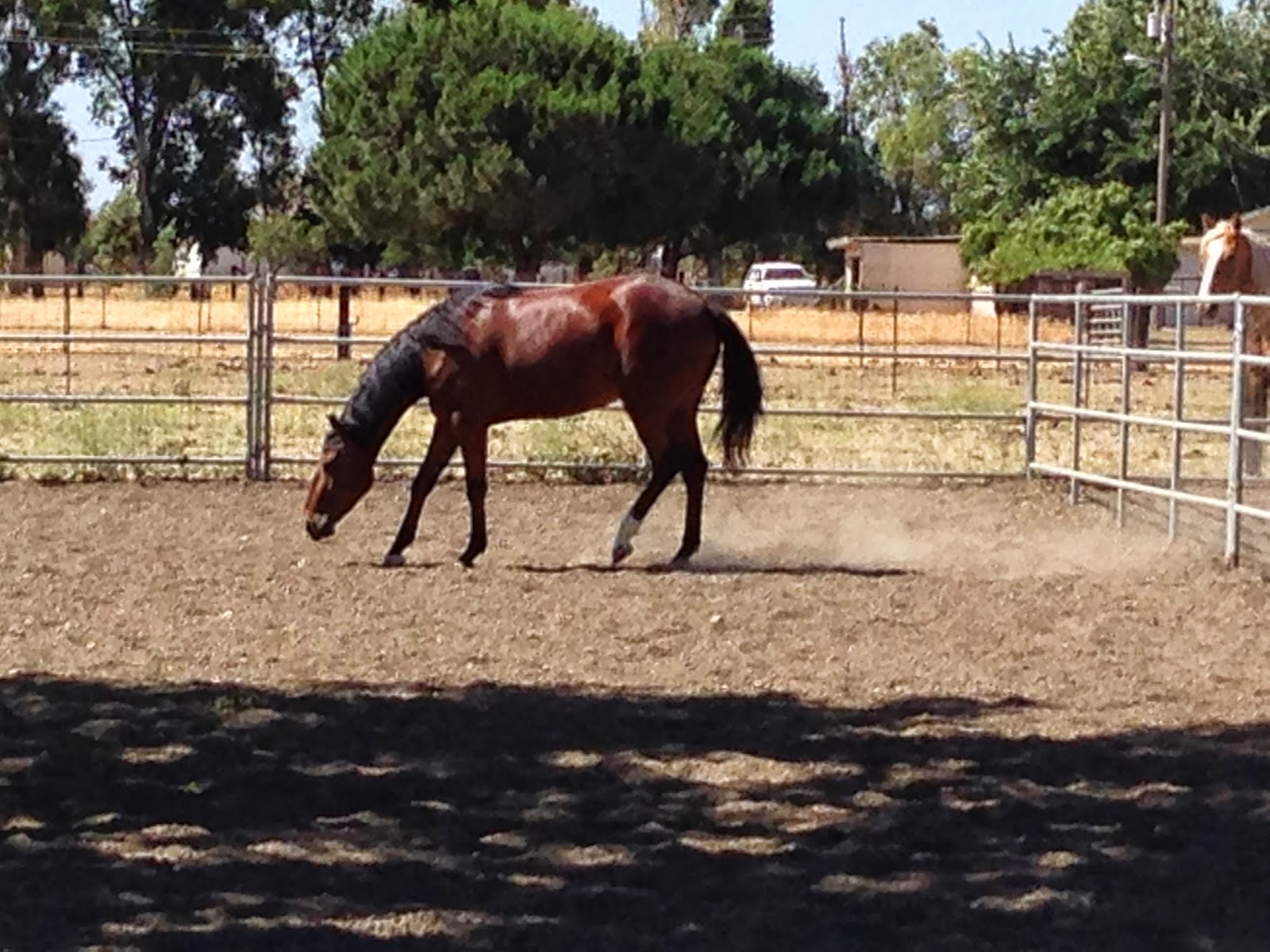 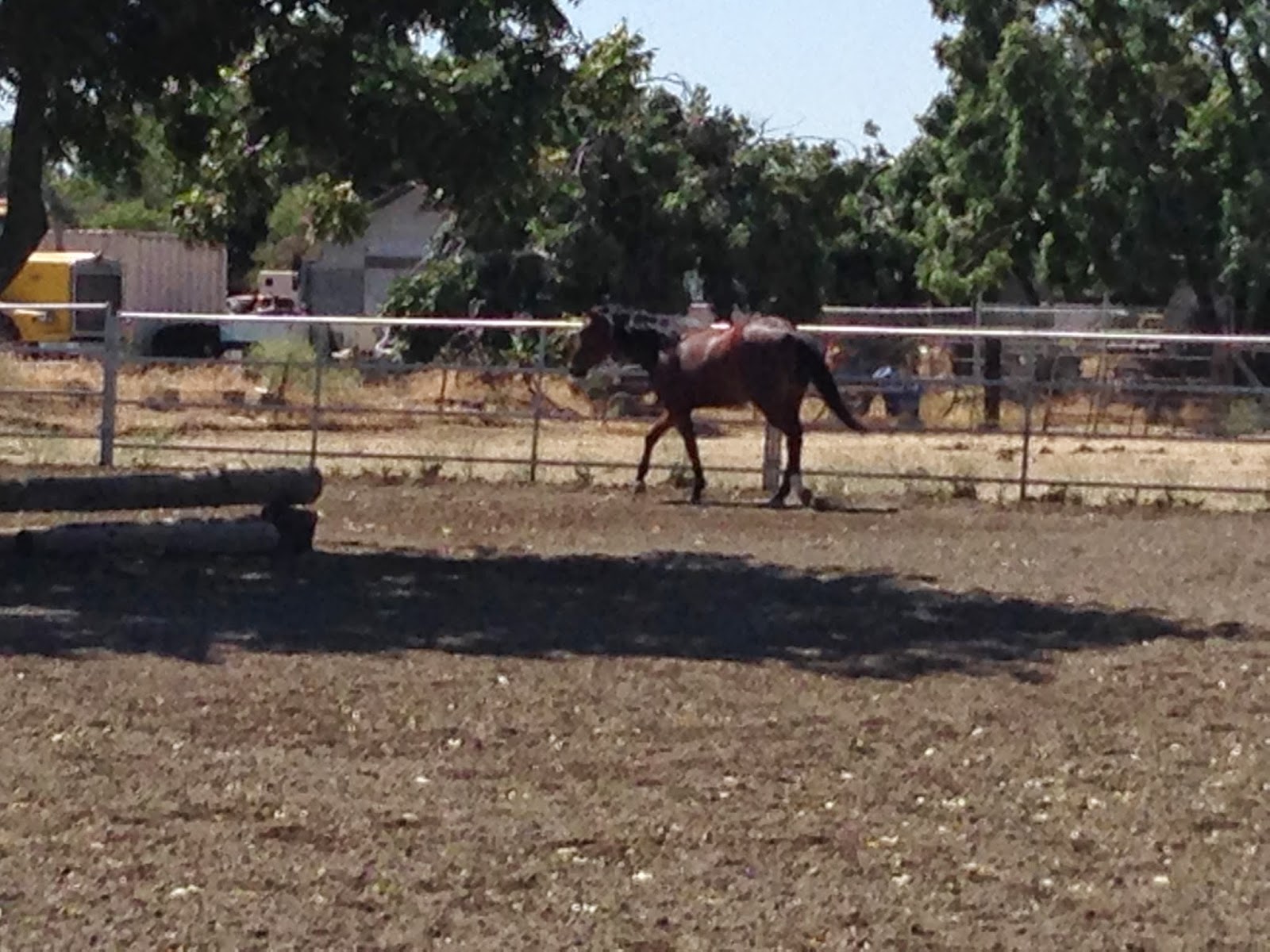 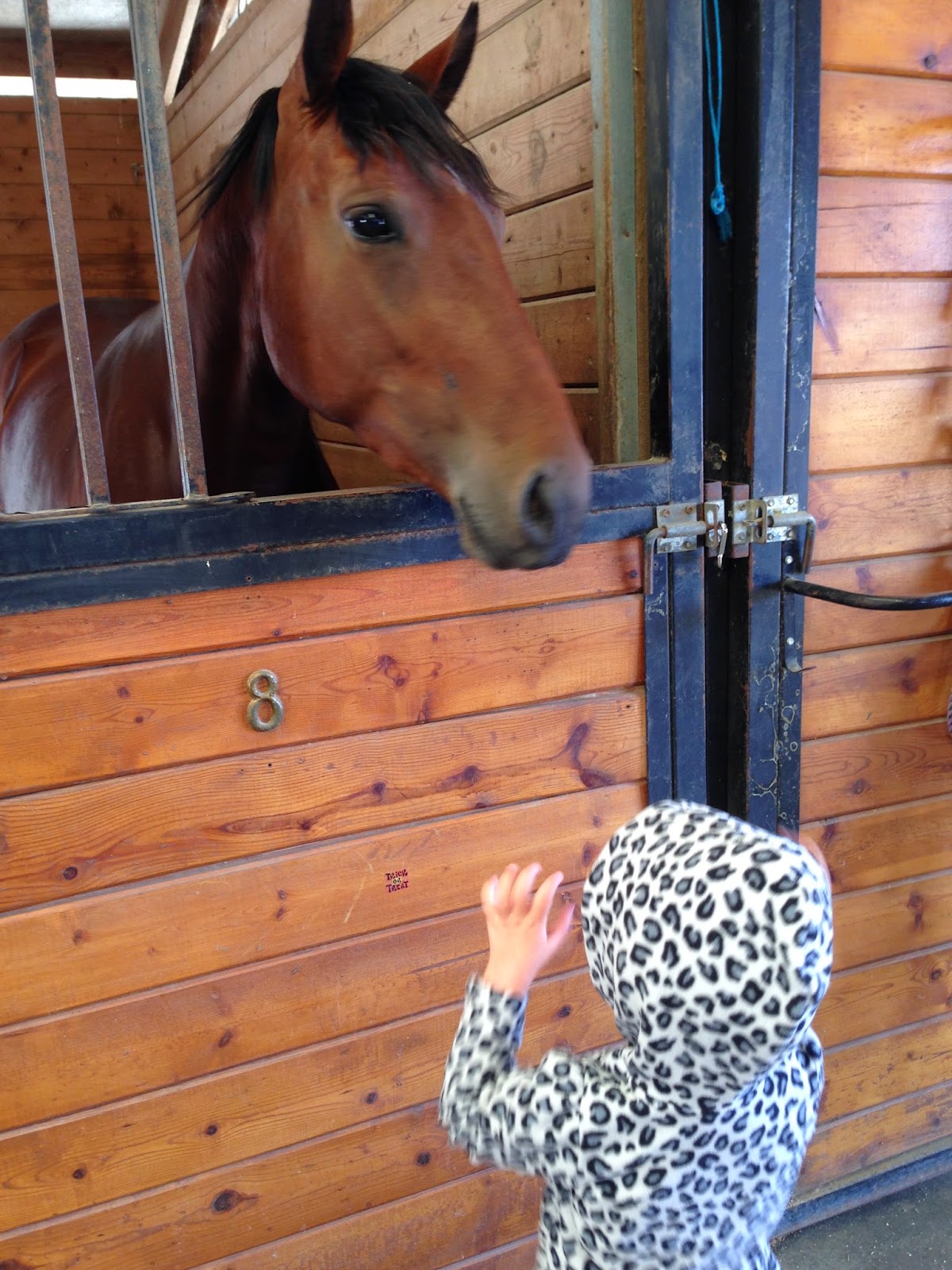 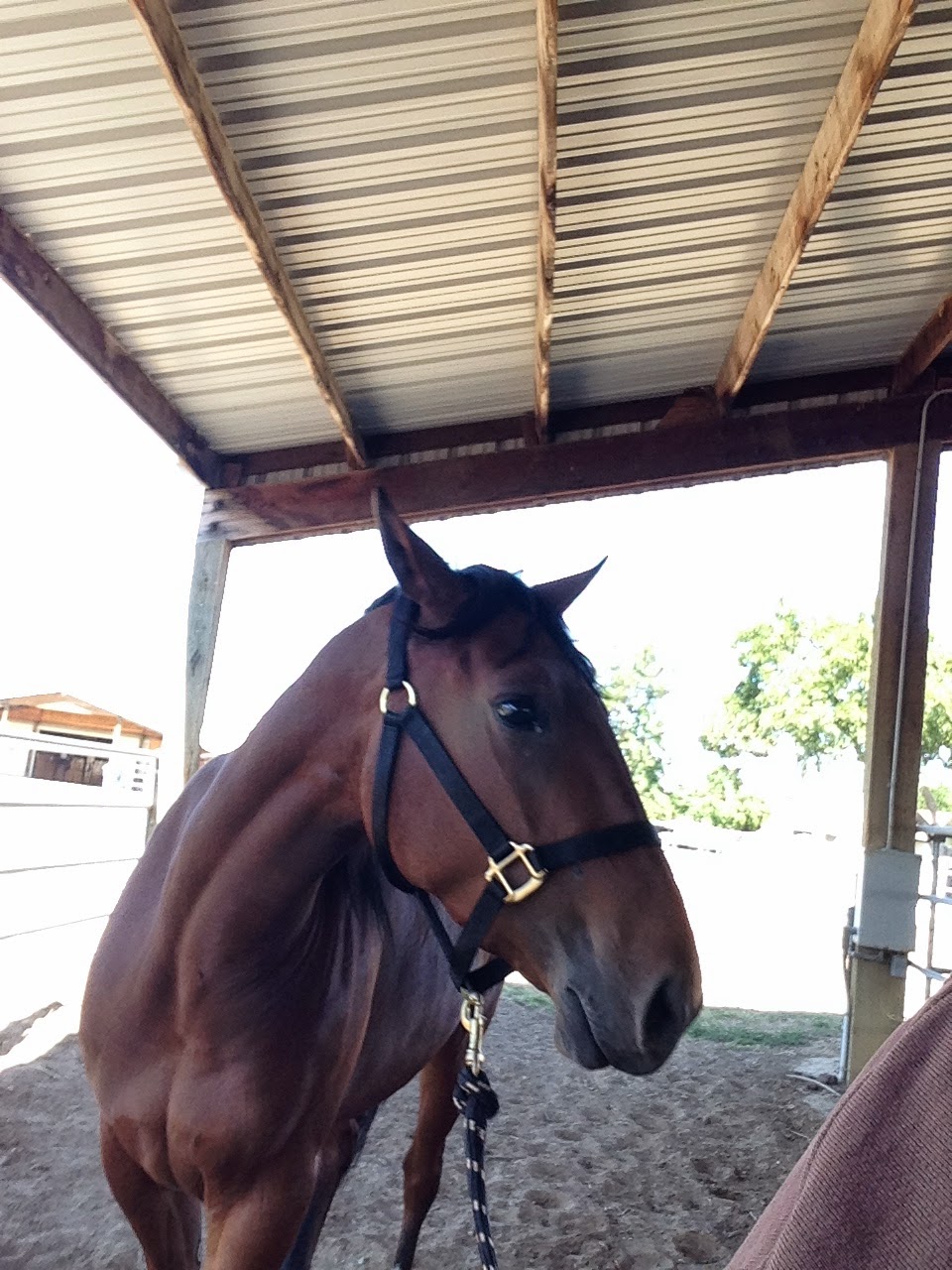 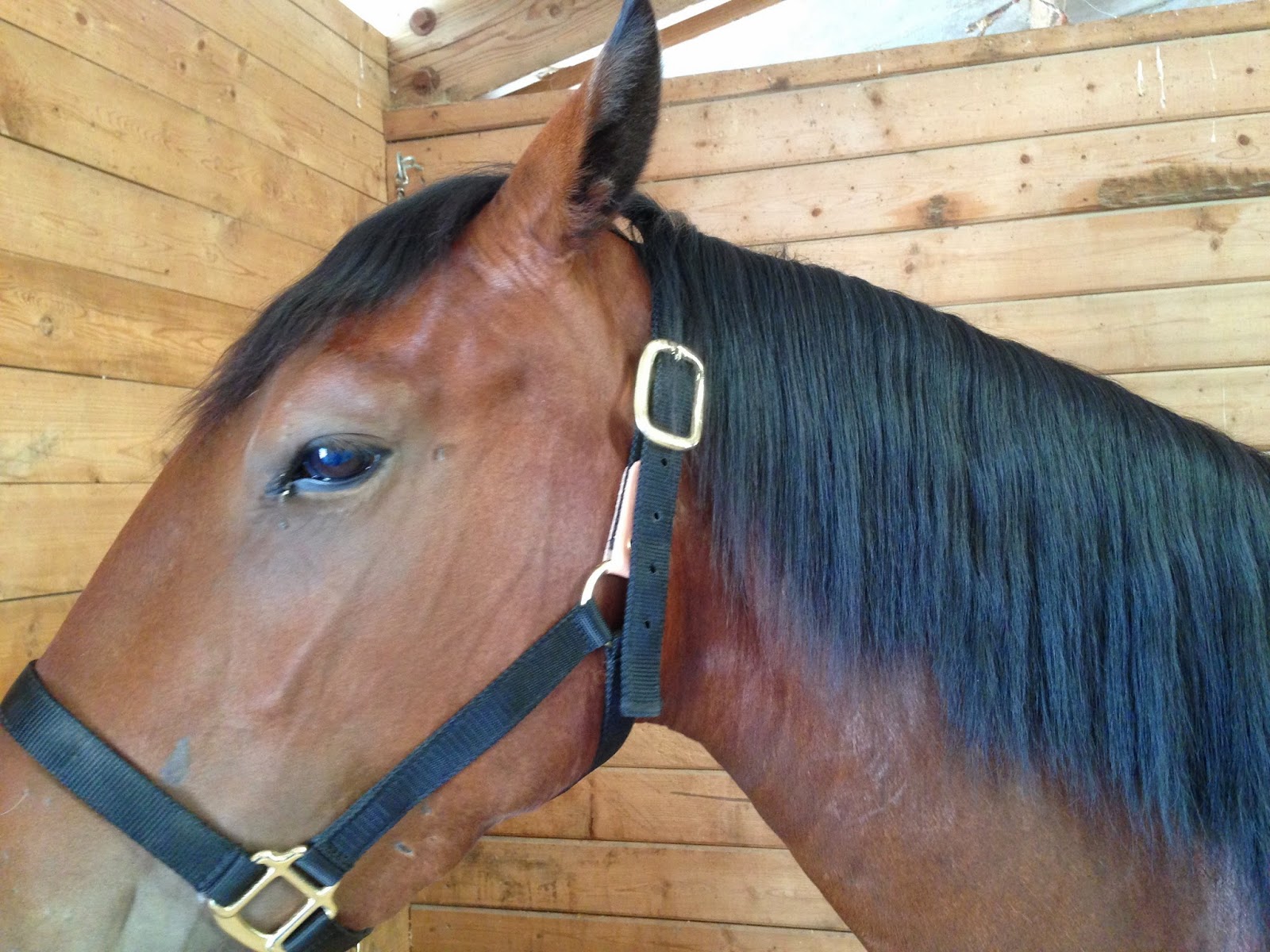 After a good stretch of her legs, we walked back to her house for a grooming and some cookies her Mom got for her.  Emmy likes them.