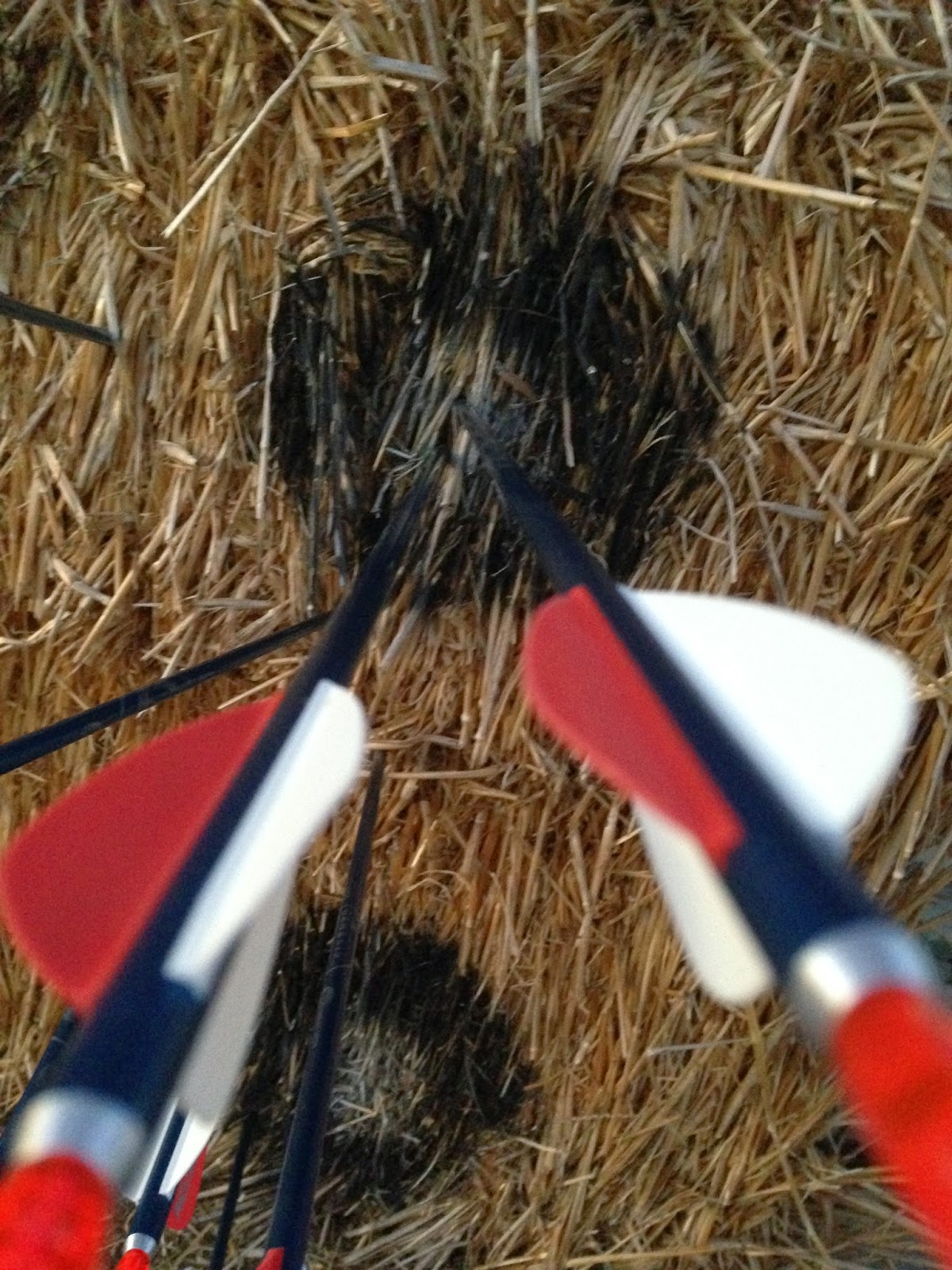 Two back to back shots.

Alright everyone, I am so late at posting this.  I got swamped in trying to get ready for my family trip that I ran out of time to write this down.  Plus, the night before I left, my darling Niece fell asleep in my office for the night before I could get my laptop.  Oh well.

Opal has been getting bored standing at the target.  She's a bit too smart also...waiting to walk away from the target until I have taken aim sometimes.  I figured it was time to start moving.  The Owners of the barn allowed me to set up a target away from the arenas and barn so I could shoot with minimal risk of injuring someone else.

I acquired 2 bales of straw at at the suggestion of one of the Owners, wrapped it up in plastic bags for the winter to help preserve the bale.  I took big lawn bags and hay twine to secure the bags.  I even gave myself a mark to aim at. 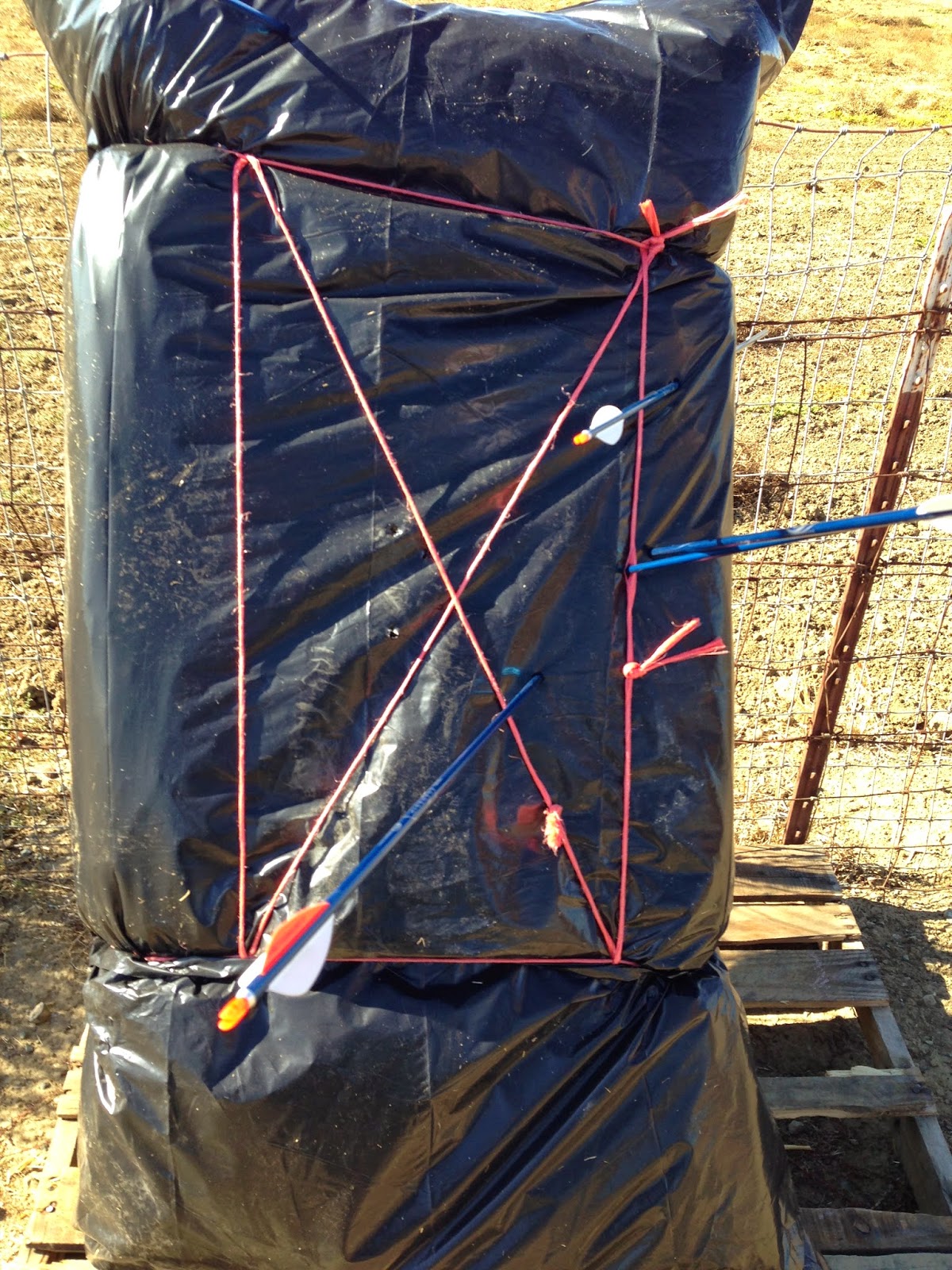 I began by walking Opal up to, around and by the targets, letting her explore them.  Next I shot at the targets while on the ground, then while walking her in hand so she could get the idea while moving.  After she seemed fine with that, I mounted her and shot the targets standing, then asked her to walk.

Walking in hand and shooting.

We did have one bump in the road.  The wind kicked up and caused the plastic bags to flap, she crow hopped/spooked and in an effort to grab the reins and get her head up, i hit the dirt.  I am ok, bruised a bit, but ok.  Once I figured out what caused her to spook, we lounged by the flappy plastic until she calmed down enough to think, then I tucked the loose ends in and went back to square one, shooting at a stand still.  We eventually were able to walk and shoot again that day.

Since then I have been walking Opal in hand shooting at the new targets to get her accustom to the new set up.  She also has 2 flappy trash bags living full time in her stall, she's dealing with them a bit better each day.  She has no problem eating in there with them, but every now and then the wind gets them and she gets wide eyed.

With all of this in mind, I often have to remind myself, and others, that she is just now turning 5 and I've only had her 18 months next month.  Pretty dang impressive if you ask me.  We both are really enjoying this adventure.

We have also finished up the Fall Horsemanship Challenge.  It's been a fun one that gave me a push to do something new.  Who knew it would lead me to my new passion/obsession.  I shoot 4 days a week mounted or on foot now.